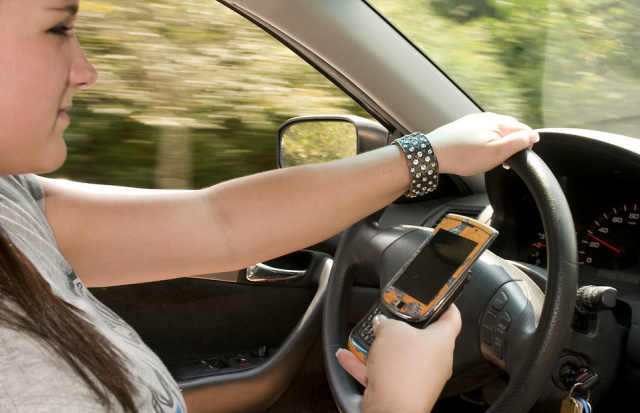 OHIO – A bill that will most likely be signed by the Governor after Dewine reaffirms his commitment to improving the safety of Ohio’s roads by including provisions in his Executive Budget proposal that strengthen Ohio’s distracted driving laws last year.

House bill 283 will change the laws around distracted driving making it a primary offense. Currently, distracted driving like driving while looking at a cell phone is a secondary offense and an officer cannot pull you over for just that one infraction, but this bill will change that and allow an officer that sees you looking at your phone to pull you over.

Dewine said last year that, “Ohio’s current laws don’t go far enough to change the culture around distracted driving, and people are dying because of it,” said Governor DeWine. “Distracted driving is a choice that must be as culturally unacceptable as drunk driving is today, and strengthening our current laws will lead to more responsible driving.”

“Every time you pick up your phone while driving you are putting your life and the lives of others in danger,” said Colonel Richard S. Fambro, Ohio State Highway Patrol superintendent. “When you take your eyes off the road – even for just a few seconds – the consequences can be devastating.”

Provisional data from the Ohio State Highway Patrol shows that 2020 was the deadliest year on Ohio’s roads in over a decade with 1,236 people killed in traffic crashes. More than 100,000 distracted driving crashes have occurred in Ohio since 2013 resulting in more than 53,000 injuries.