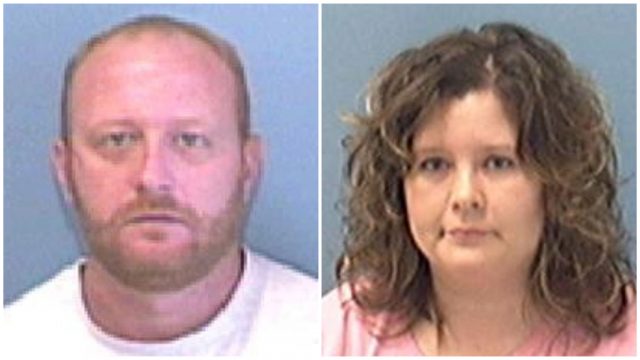 PIKETON – Two people were shot in their homes in Southern Ohio 15 years ago this month, and that murder has yet to be solved.

On Dec 9th 2006 Curtis and Jennifer were found murdered in their home at 124 Hopper Road Piketon Ohio. The couple was shot as they slept in their bed in what has been dubbed the “Hopper Road double murder”.

investigators named several people as interest throughout the last 15 years but all have gone cold.

“Our detectives worked on this case until they exhausted every single lead, and now BCI agents are looking at the investigation with a fresh set of eyes,” said Pike County Sheriff Richard Henderson.  “This case has been open long enough.  We need to get this solved and help give the families some closure.”

Authorities said they believe more than one person witnessed the killings and that the person who pulled the trigger likely knew the couple.

Conley believes the person responsible was after medication recently prescribed to her son.

“Curtis had recently had shoulder replacement surgery and was taking Percocet,” Conley said.  “I always told him he was too trusting, and I think he trusted the wrong person with that information.”

Investigators have no named suspect in the case but recently had had a lead that one person who is incarcerated for murder himself said he witnessed the killing. When investigators followed up on that lead that lead them to a well that after the inspection was found to contain two handguns and possibly burnt clothing that could connect the murderer to his crimes. Sadly when investigators attempted to retrieve the lever-action 18 shot .30-06 and a handgun from the well by using water it created an 80 void and sent the possible evidence even further in the ground, making the evidence irretrievable. The well since that date has been covered up and a steel plate has been welded to the top of the pipe.

Despite numerous eyewitness statements and guns matching the murder weapon being found in a well on the property of the last place Curtis was seen alive, this case remains unsolved.

“Not knowing who killed my son for six years is one of the worst things a mother can go through,” said Conley.  “If someone is arrested I think I would finally be able to sleep at night.”

Anyone with details on the murders of Jennifer Burgette and Curtis Francis should call the Ohio Bureau of Criminal Investigation at 855-BCI-OHIO (855-224-6446) or submit a tip via the Attorney General’s website.