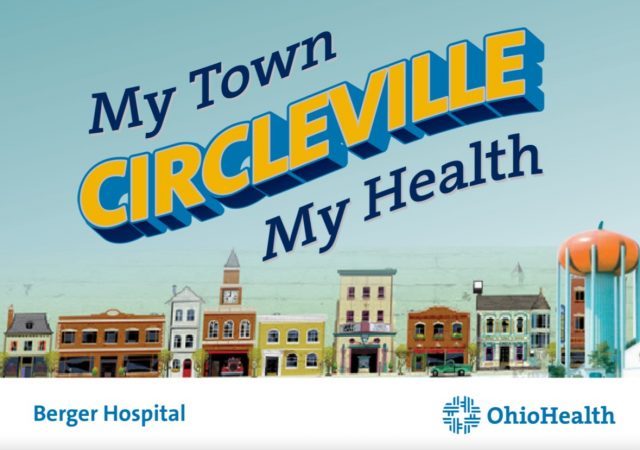 CIRCLEVILLE – A proposal to, “beautify and benefit” downtown Circleville is in limbo after pushback from the BZA on Monday Night.

The meeting with the BZA that was several hours long that had representatives of Ohio Health Berger, Richies New York Deli, and a hired Lawyer was suspended after a Certificate of Appropriateness that was issued by the City Circleville Zoning Inspector, was rejected by the BZA and the City Circleville Lawyer.

If you live in a local historic district, you are bound by a local design review to follow the regulations of the historic preservation commission regarding the external appearance of your home. Any additions or changes you want to make to your home have to comply with the rules. In these cases, you must go in front of a Historical review board and your changes have to be approved. This extra step in these historical areas is to preserve the character of a historical district and maintain values.

The issue is that the City of Circleville’s Historic District review board has been unmanned for some time, and when New York Deli filed for the variant zoning change, there was no review board. According to Zoning Code 27.06 item E it states, “if no action is taken by the Historic District Review Board within 90 days from date of application, the Certificate of Appropriateness is now a matter of law.”

Arguments between New York Deli lawyer and BZA on the paperwork and timeout of this zoning code, even though a certificate of appropriateness has already been issued. BZA argued that Verito failed to file the proper paperwork for the Historic review board, and Verito argued that he asked for all paperwork when he went to the city over 90 days ago to file for the variant. Verito insisted that he properly cross all the “T” and dotted all the “I’s” with the city and his lawyer cited email chains from the city to prove it.

Another argument was on the size, materials used, and height placement of the wallscape. That argument was rebutted with the Pumpkin show park wallscape that is more than triple in size of Verito’s, made of the same material and has the same height variants that passed two years ago from the planning and zoning board unanimously.

One BZA board member said, “that covered an ugly wall, and there’s another ugly wall in town (meaning the wall at Scioto and Main Street in Downtown Circleville) that this member would pass a variant in a second on.”

Verito responded almost immediately that, he has taken care of his building preserved it and now he’s trying to improve it further, and because it’s not “falling down” he’s not entitled to a variant?

At the end of the meeting Ohio Health, Verito, and Representative agreed that they will put the variant on hold temporarily and go back to the city to verify the Certificate of Appropriateness and any height arguments and resubmit.

Verito told Sciotopost that he lost sleep overnight and that he’s taken a big risk with thousands of dollars on the line for something that will benefit everyone. “My hope is the charity component will have a ripple effect to keep the beautification efforts of our town alive and growing.”

During the meeting representative of Ohio Health Teratia Welsh said that they partnered with Pumpkin show Inc. to put the wallscape in Pumpkin show park to beautify the area, and that’s the plan here also working with Richies New York Deli.