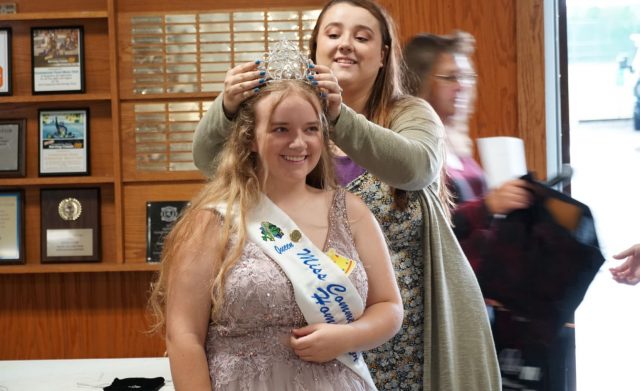 The festival had its Homecoming Queen contest at 7 pm on Wednesday night, four ladies had entered the contest. During the contest, each lady was asked a “fishbowl” random question about themselves and how they perceive the community and events. Just as the last contestant answered her questions severe weather came in and the tornado sirens sounded due to a tornado watch in the area. Local firefighters stopped the contest and asked everyone into the shelter house until the storm was over.

While in the shelter house the show went on, the electronic equipment was reset and the contest continued under shelter.

Tonight the Midway opens at 4 pm and the Homecoming Princess contest occurs at 6:30 pm

We interviewed the royalty just after they were crowned to see that video click here: https://fb.watch/dy2CiPSkA7/