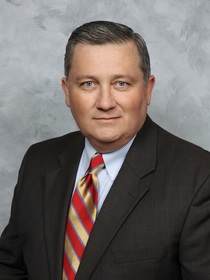 It happens all the time… really it does! In fact, it’s happened for centuries! Things get redefined. What used to mean this, now means that. For example, Bully, used to mean superb or wonderful… just ask Teddy Roosevelt. It is now reserved for describing a person who is mean to someone else. Or the word Democracy… America is NOT a democracy. It’s a Republic. We elect representatives (hence the word republic) to carry out the will of the electorate. We do it based upon State elections to determine those representatives. In regard to the cultural issues of the day, we are continually facing real challenge. We have as a nation experienced what I have heard called an Orwellian sleight of hand… the redefining of facts! For example, those who stand for loving biblical principles for life are now labeled as hateful. Scriptural positions on moral issues are seen as bigoted, homophobic and evil. Kind of reminds me of Isaiah’s words some 700 years before Jesus was even born when he said, “Doom to you who call evil good and good evil, who put darkness in place of light and light in place of darkness, who substitute bitter for sweet and sweet for bitter!” Ah, those prophets sure knew how to warm up a crowd, didn’t they?

Now add to the mix the notion that socialism is somehow good for the future of our nation. Socialism is not roads, welfare, and free education. Socialism has always had a more ominous goal and shares close historical and ideological connections with more reviled terms: Marxism and communism. Karl Marx took socialism to what he viewed as its natural conclusion: The “abolition of private property.” Down through the ages, socialism has only wrought destruction, and those who propose that an American execution of the same policies would somehow reap a different result do so at their (and our) peril. With American interest in socialism on the rise, it is vital that we understand its foundational philosophies so we can combat this fatally flawed government solution to a human problem. Socialism never ends well and as my good friend Former Congressman Bob McEwen says so well… it only happens that way EVERY TIME!

In a world where traditional moral values are considered no longer the norm and in many cases, just wrong, where embracing same-sex marriage, legalized abortion, and a desire to have socialism replace capitalism is the norm… It’s hard to imagine which ‘traditional moral values’ are the real issue. This perspective does, however, reflect how the ideological manipulators of our day consistently appropriate language and impute new meaning to terms that are known and popular. This also raises the possibility that those who redefine “traditional moral values” to include beliefs and behaviors that are not at all traditional or moral, from a biblical perspective. It all depends on what the definition of “values” is.

So today we are comfortable with removing the word murder from the abortion conversation and focus only on women’s health issues. And there is great care taken so as to never refer to the created being in the mother’s womb as anything other than tissue. Human beings are now only referred to as products of conception. Barna continues… Christian morality is being ushered out of American social structures and off the cultural main stage, leaving a vacuum in its place—and the broader culture is attempting to fill the void. It’s what many refer to as the “New Moral Code” As nominally Christian moral norms are discarded what, if anything, is taking their place? The research also reveals the degree to which Americans pledge allegiance to the “morality of self-fulfillment,” a new moral code that, as David Kinnaman, President of The Barna Group argues, has all but replaced Christianity as the culture’s moral norm. “The highest good, according to our society, is ‘finding yourself’ and then living by ‘what’s right for you,’” Never forget the scriptural admonition… “There is a way that seems right to a man, but the end thereof are the ways of death.”

Since we have seen another type of redefinition recently as football players redefine a sacred moment into a moment of personal protest, allow me a short space of time if you will and add a little commentary to the “kneeling during the National Anthem” conversation we are having as a nation. Allow me to suggest that if you hear the opinion that football players should never be forced to stand during the national anthem, that they have the constitutional right to protest by taking a knee and refuse to take part in a specific ceremony honoring our nations flag… simply remind them that they cannot with intellectual integrity say that the government should force a professional baker to create a custom cake, shoot artful photographs or craft a creative flower arrangement for a specific ceremony known as a wedding that honors Gods timeless sign for marriage… because that is a real first amendment issue! You see, there are some things that just cannot and must NOT be redefined!