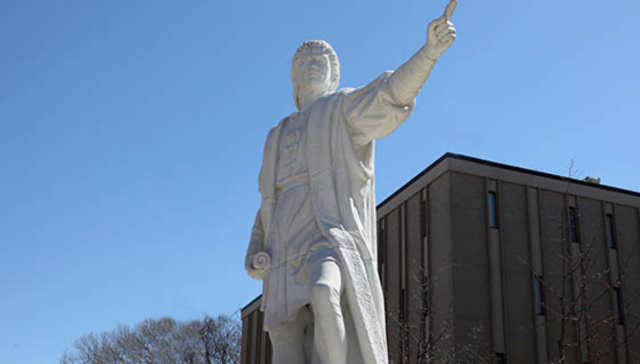 COLUMBUS – Columbus State Community College says it will dismantle and store the Christopher Columbus statue that has been displayed on the College’s downtown Columbus campus since 1988.

The college says that they are doing this due to, “societal change and forward movement.”

“In taking this action, we are being mindful of societal change and forward movement,” said Columbus State Board of Trustees President Anthony Joseph. “We do not seek to erase history, but to make an intentional shift in what we visibly honor and celebrate as an institution. This is the first of many steps in what will be a lengthy journey as the College seeks to build on and improve our ongoing efforts toward broadened diversity and inclusion.”

“The removal of the Christopher Columbus statue is a symbolic gesture of our commitment to our College and in our community to continue and accelerate the fight against systemic racism,” said Columbus State President David Harrison. “Recent events, including the senseless deaths of African-Americans and the resulting anguish across the nation, compelled us to act on a years-long internal dialogue about the statue and the message it sends in our community. This inflection point will inform College policy and action both now and for years to come,” said Columbus State.