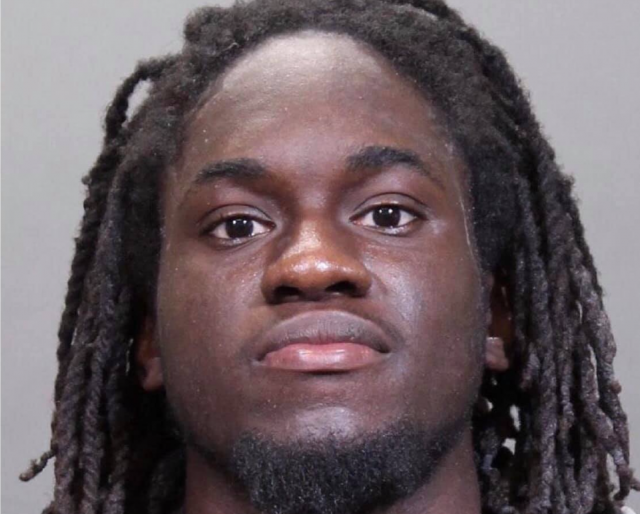 COLUMBUS – Police are reporting that they were the victim of an attack in Columbus.

Last night, July 11, 2020, at 10pm, officers were traveling eastbound on East Livingston Avenue in a marked, Columbus Police Cruiser, when the suspect, 20-year-old Terry Colas of Reynoldsburg, driving a white Ford Expedition, approached their cruiser at a high rate of speed while traveling in the lane next to the cruiser.
Colas purposefully swerved his vehicle, striking the left, rear quarter panel of the cruiser, causing it to spin out of control.
Colas’s vehicle, after striking the cruiser, flipped and landed against a utility pole. Colas exited his vehicle, holding a long piece of wood in his hand. He yelled to the officers: “just kill me”.
One of the officers gave loud verbal commands for Colas to drop the piece of wood, which he did. Colas was taken into custody without further incident.
The officers sustained minor injuries and were treated at a local hospital and then released.

Terry Colas was charged with two counts of felonious assault, both felonies of the 1st degree. He was slated at the Franklin County Jail.
Anyone with info regarding this case is asked to contact Det. McCotter at 614-645-4141 or [email protected] or Central Ohio Crime Stoppers at 614-461-TIPS(8477).