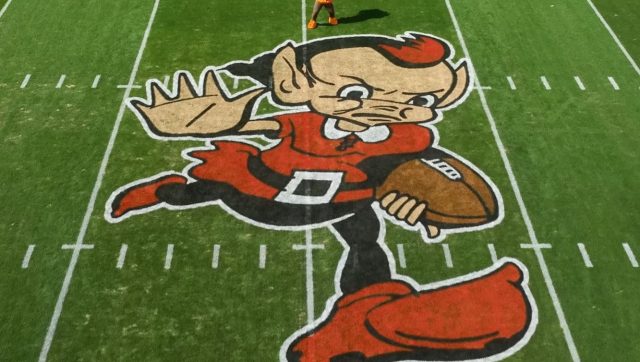 CLEVELAND – After polling fans, the decision to design is in, and Brownie the Elf is back.

After a poll over the last few weeks grew in popularity votes for Brownie came back in a big way and were heard by the franchise. Today the Browns released a video of the upgrades including a “running Brownie” logo at the 50-yard line, giving the Browns their first midfield logo since 2016.

Along with Brownie, the end logos will have a side view of the orange helmet logo and AFC white Browns Script.

“We’re super excited about the new midfield logo,” said JW Johnson, Browns Executive Vice President and Partner. “We really wanted to engage our fans in the process, and they are — as I’ve said multiple times — undefeated. They’re the best in the league, best in the NFL and, candidly, some of the best in sports. We really wanted to get their involvement and hear what they have to say. We were able to pull off the new logo with the old school Brownie logo.”

Browns’ Week 2 home opener is Sunday against the Jets.