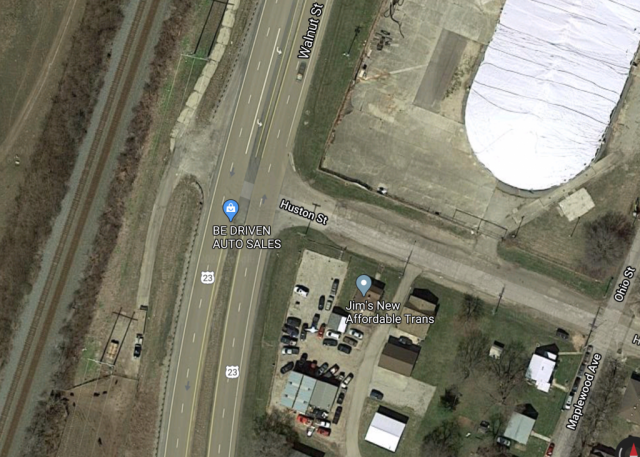 Huston Street is located just south of the South Court Railroad tracks and attaches to US-23. The intersection allows you to turn left or right onto US-23 merging directly into high speed traffic and thats concerning to the city and ODOT because of potential for high speed crashes.

The city said that they have three options:

Currently ODOT is doing studies on safety areas on US-23  and they will report on unsafe intersections that they can possibly close to reduce traffic accidents.