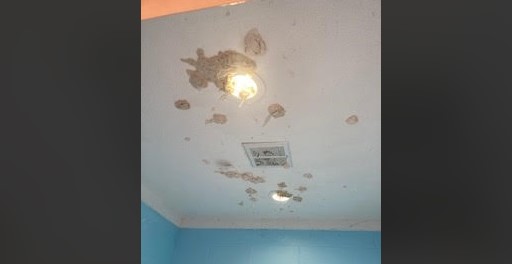 CIRCLEVILLE – The City of Circleville says that they are dealing with continuous vandalism issues in all of the city parks to the extent that they may have to close the park bathrooms.

“It’s always a daily surprise,” said one of the City of Circleville workers, “when we show up to clean the bathrooms in the morning we never know what we are walking into. To normally clean these bathrooms it usually takes an hour but after some of this vandalism its been at least an entire day to sanitize the entire bathroom because you don’t know what was thrown against the walls or because we have to physically remove the toilets to get rocks that were purposely dumped into them and other items out of the commodes that cant be removed any other way.”

Circleville City Mayor Don McIlroy said, “we want these bathrooms to be open for everyone to use, but we might not be able to continue to operate these bathrooms when it’s costing the citizens thousands of dollars from vandalism. This is a crime against our citizens not the city of Circleville, it’s the people’s tax dollars that are paying to continually fix this issue.”

The City said that it’s not just one park in particular but every park has been targeted with vandalism, to the extent that the new 2.4 million dollar Ted Lewis park will not have the same exterior as other parks because of the cost to remove graffiti.

“When we looked at the plans for the new bathrooms we changed several things just to deal with possible vandalism.”

One of the city employees told Sciotopost that the vandalism was so bad once at Mary Virginia park that he had to completely suit up and use a high-pressure sprayer to remove fecal matter that was spread from about waist high to the floor on all four walls of the bathroom.

“It was an all-day job, instead of doing other things to keep the city in good condition we spend a day doing something like this that no one wants to do.”

The city explained that it’s both sex bathrooms that are being damaged, with more on the girls than the boys. The city has considered putting up cameras outside the bathrooms to try to catch possible suspects in these crimes. The mayor asks if you see something to say something.

“We are going into baseball, soccer, and softball season here in the spring and we want these bathrooms pristine for not only for our local families but for others coming to our city. We are just getting to the point on what they are going to do next,” said the Mayor.