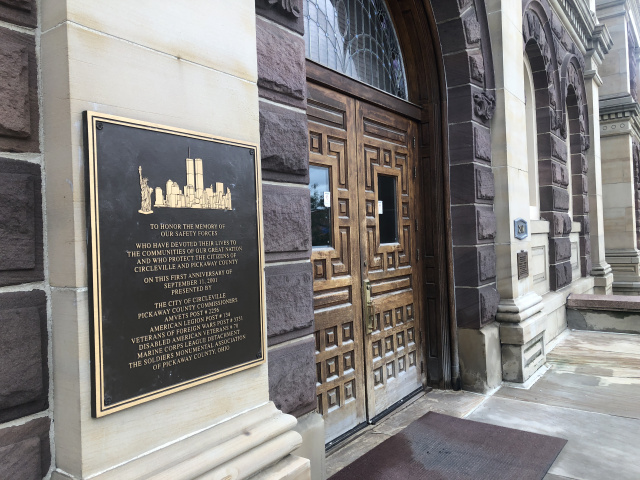 CIRCLEVILLE -“Hey we got to do something to commemorate the 9/11 events,” said Pete Hardinger, Ned Young, and the Soldiers Monumental Association.  That was in 2001 after the horrific attacks of 9/11 happened.  “We ought to have a plaque honoring our safety and military forces on the firehouse here in Circleville,” said The Association to Former County Commissioner John Stevens.”

“I think we should make it more visible than that, lets put it on the front of the County Courthouse,” replied Stevens. 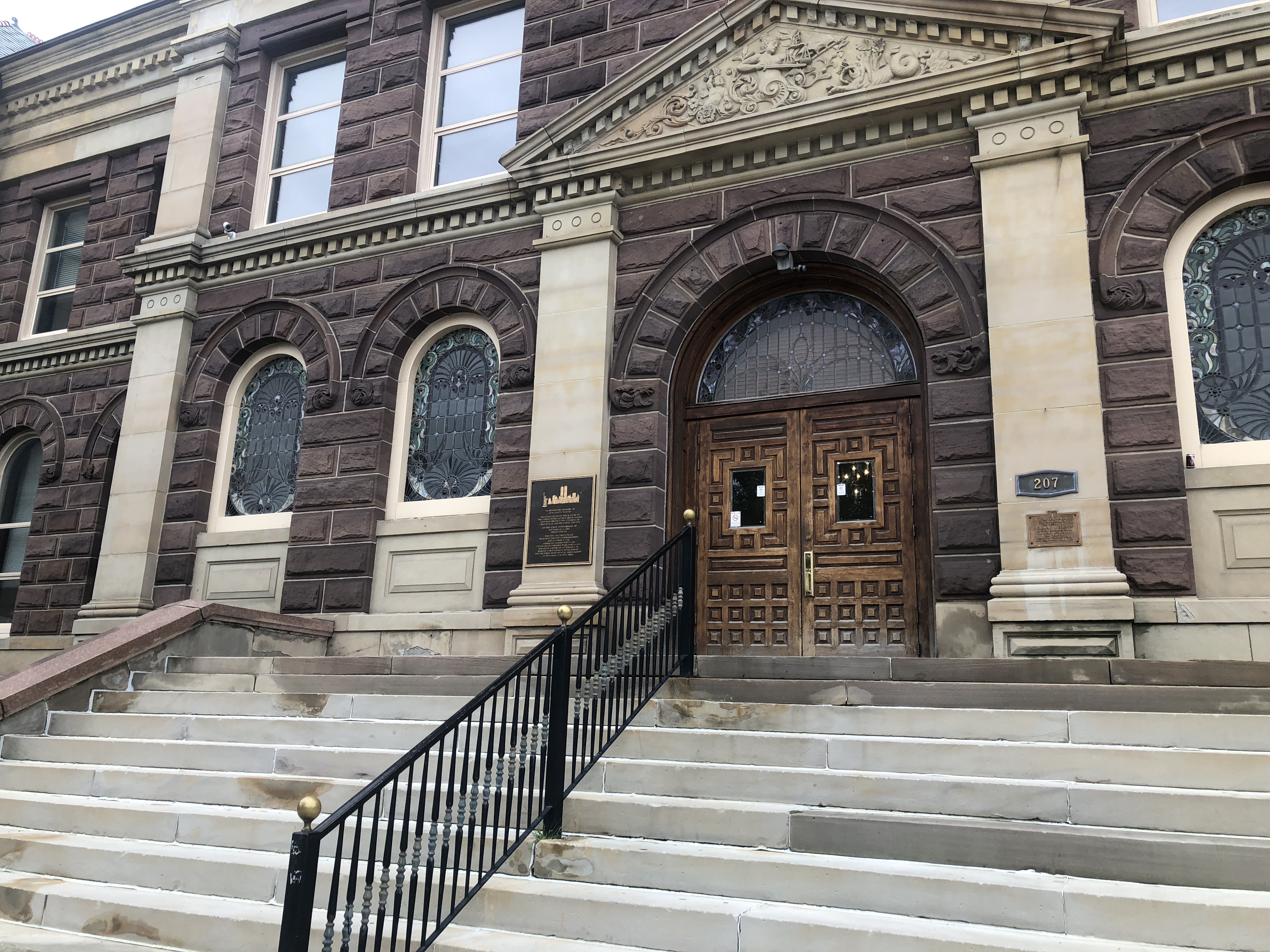 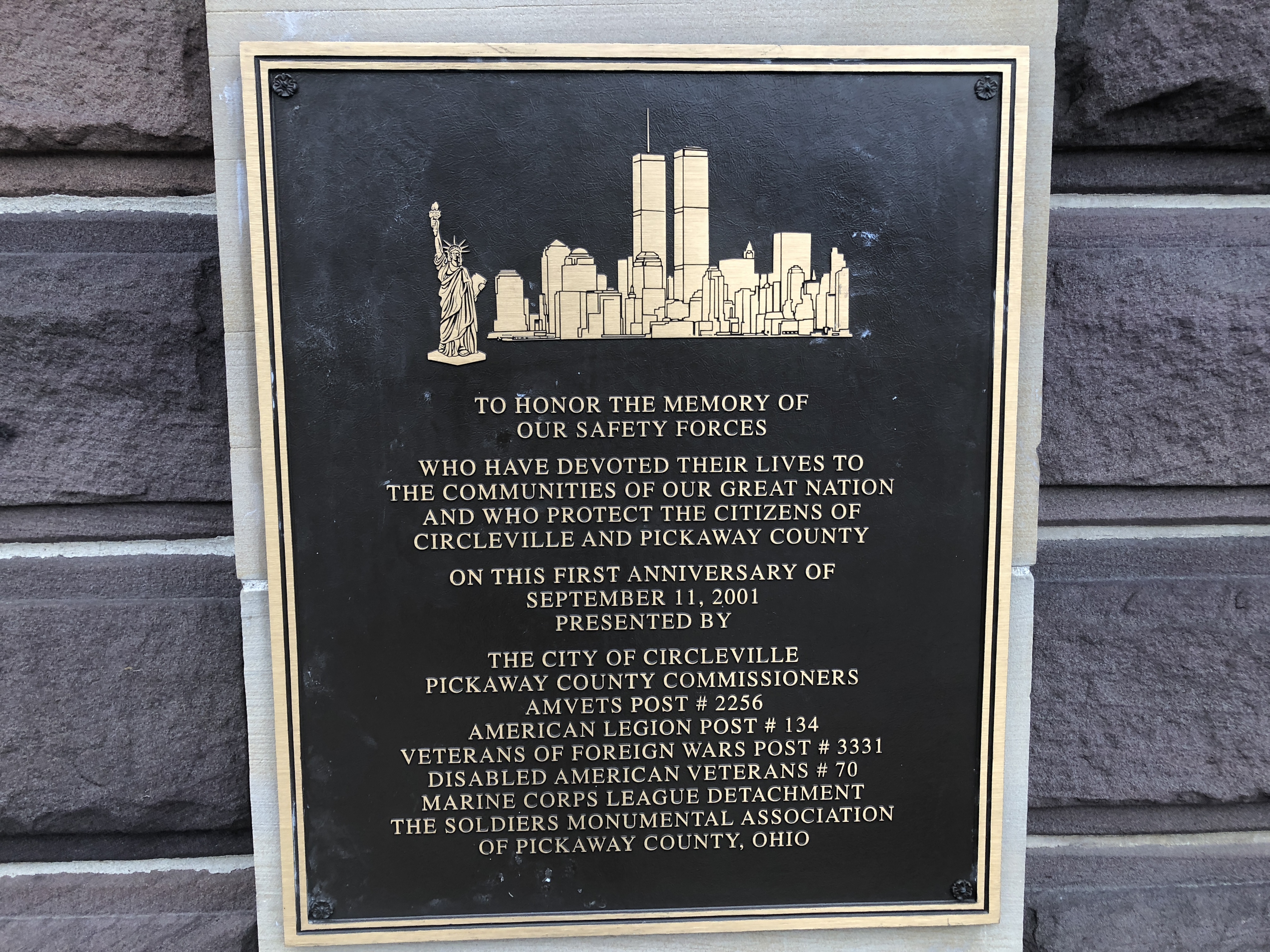