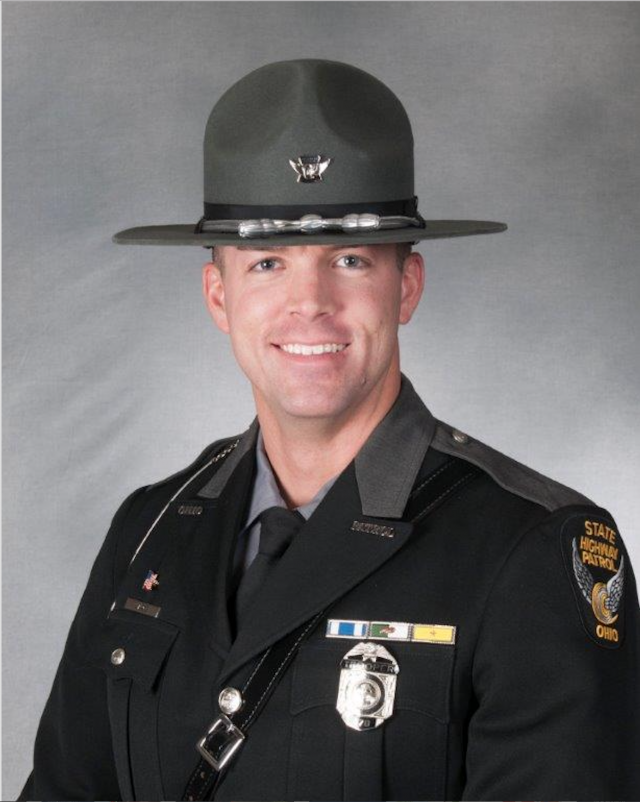 (CIRCLEVILLE) – Ohio State Highway Patrol Trooper Spencer A. Large has been selected 2018 Trooper of the Year at the Circleville Post.

Large was recently recognized by safe communities of Pickaway County for his part in 132 OVI arrests this year, the most arrests in Pickaway County by any one officer in any agency.  See that story here.

The selection of Trooper Large, 31, is in recognition of outstanding service during 2018 at the Circleville Patrol Post.  Fellow officers stationed at Circleville Post, chose Trooper Large based on leadership abilities, professional ethics, courteous treatment of others, enthusiastic work attitude, and cooperation with supervisors, peers, and the public.

Trooper Large is now in contention for the District and State Trooper of the Year Award to be announced at a later date.

Trooper Large joined the Highway Patrol in 2012 and has served at the Gallipolis Post, Jackson Post, and the Circleville Post throughout his career. Trooper Large is originally from Chillicothe and a graduate of Zane Trace High School.   Trooper Large’s Highway Patrol awards received in the past include: Physical Fitness Award, Criminal Patrol Award, ACE Award, and Safe Driving Award.

Trooper Large, his girlfriend, and their son reside in Chillicothe.