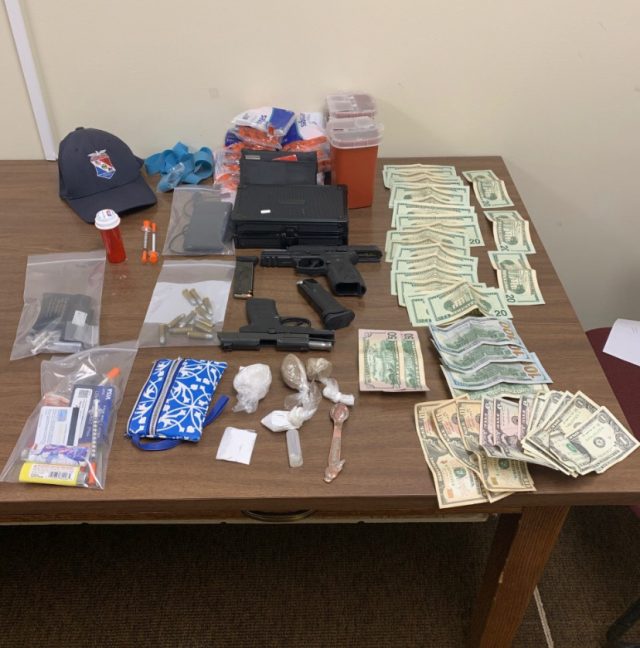 On September 20th, 2020 at 0330 hours, Officer Yoder stopped at Speedway on Lancaster Pike. Officer Yoder was advised of a possible hand to hand transaction at one of the fuel pumps prior to his arrival. Officer Yoder ran the license plate on the vehicle, which returned as a stolen vehicle out of the Athen’s County Sheriff’s Office. Officer Yoder made contact with the vehicle’s female occupants and a male pumping fuel.

Officer Kiser and Oberer arrived on scene to assist Officer Yoder. Upon a search of the stolen vehicle, 109.4 grams of suspected narcotics were located. In addition to the narcotics, copious amounts of unused hypodermic syringes, two handguns with loaded magazines, a digital scale, small plastic bags, metal spoons with burn marks and residue, and $1,031 in cash were found. 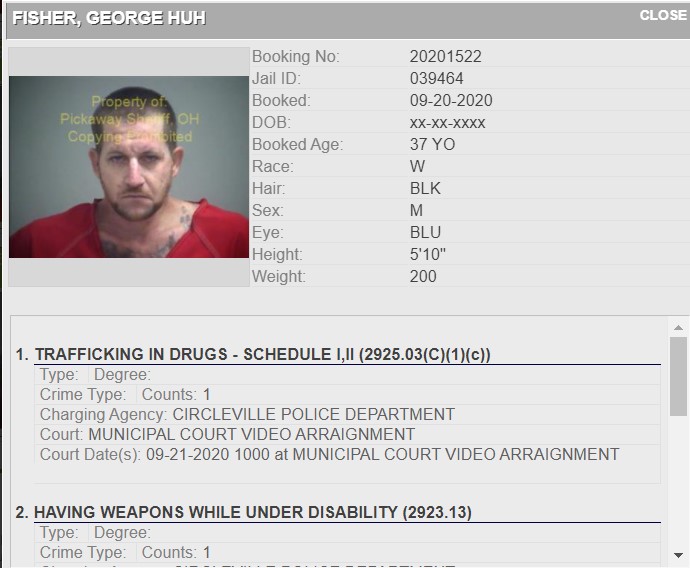 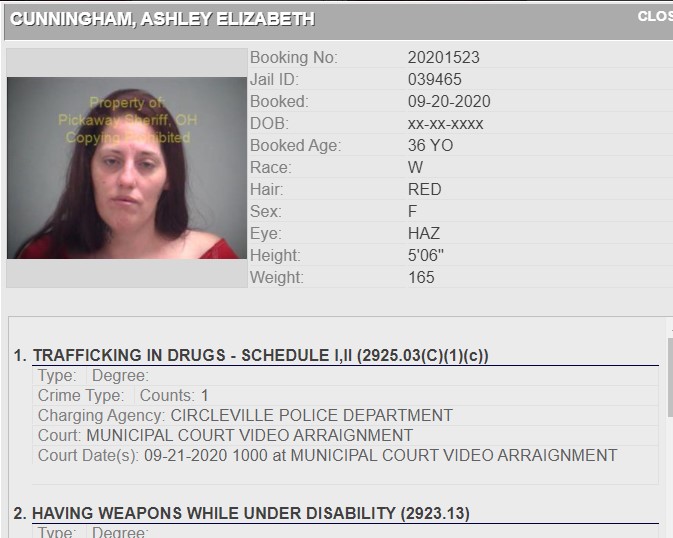 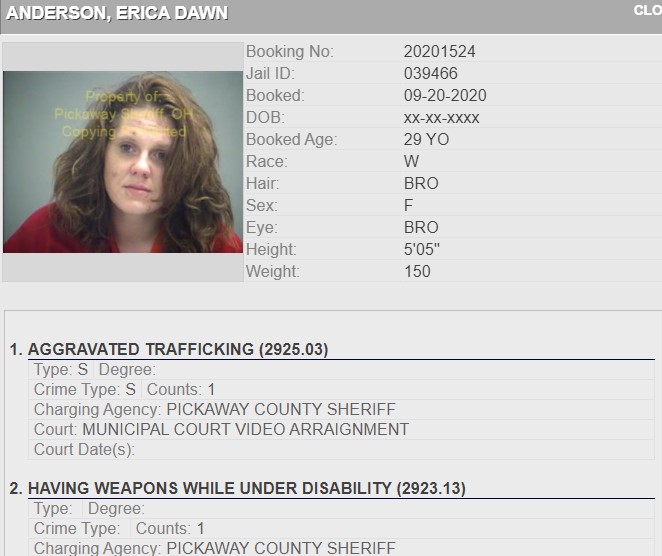