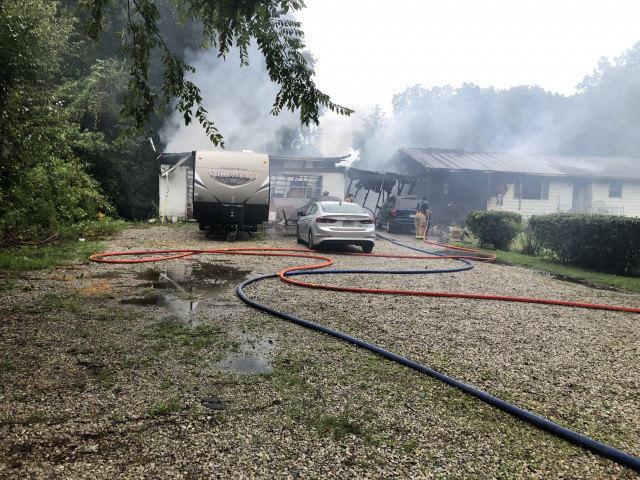 CIRCLEVILLE – A report of a fire from a 911 call came in around 6:30 am this morning, the call came from a neighbor and not the home owners who were still asleep in bed.

Circleville Officer Andrew Baitzel arrived to find the property of 205 Pontious Lane fully engulfed in flames. Without hesitation the officer banged on the door and then entered to find two sleeping women inside, and was able to wake them up and get them outside while the fire department was in route to the fire.

Update: New found information has been found that second officer on scene Sergeant Hafey of Circleville Fire also aided in saving the two women from the fire.


The home is not noticeably seen from the street and firefighters had to string hose from a street hydrant more than 100 yards to the home to fight the fire. 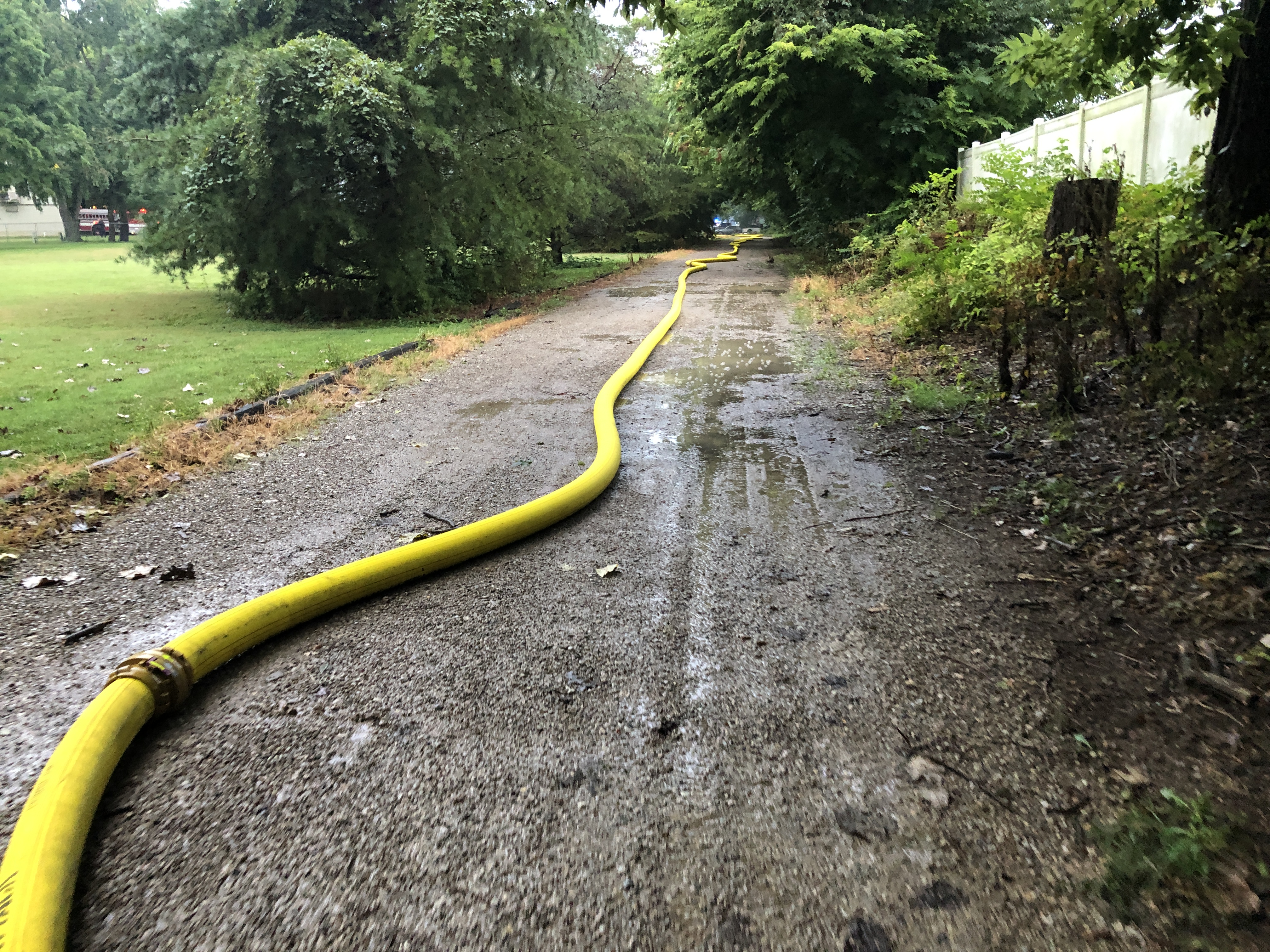 The fire consumed the garage two newer harleys, a camper, a historical car, and part of the home before it was controlled and put out. A significant amount of lighting strikes occured this morning that could have possibly caused the fire. We reported a transformer that burst into flames also when lighting struck a pole on the south side around 6 am.