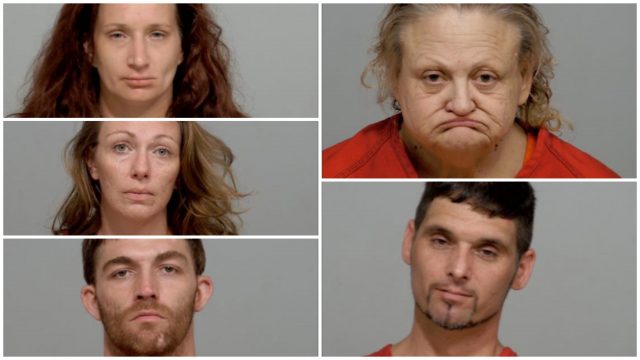 Officers conducted a traffic stop on Michael Manby in the area of South Pickaway Street and Ohio Street. During the traffic stop Officer Eberhard and his K-9 partner Serg arrived to conduct a search of the vehicle. Serg indicated on the vehicle and Mr. Manby was found to be in possession of over 4 grams of Methamphetamine, scales and currency. While the traffic stop was being conducted officers witnessed Jason Raines, who had an entered Felony warrant, enter the residence of 204 Town Street.

Officers cleared the traffic stop and went to the area of Town Street. Mr. Raines exited the residence and entered a vehicle parked at the rear of the residence. Officers converged on the vehicle and when they did Mr. Raines began putting narcotics in his mouth to destroy evidence he had on his person. Officers with the assistance of  K-9 Serg were able to detain Mr. Raines. Mr. Raines was transported to Ohio Health Berger Hospital, while there officers located approximately 5 grams of Fentanyl which Mr. Raines had concealed.

Information gained in the morning led to the identification of a second residence of interest  where Michaelyn Watkins, Jill Gwin and David Hanshaw were arrested on active warrants.

Below is the list of arrestees and or people charged in today’s investigation:

Brittany List – Felony 5 Possession of Methamphetamine and Violation of Probation

This investigation remains open and further charges are pending on several individuals. If the public has any information that they would like to share on this case or on any other drug related crimes please call 740-477-3784