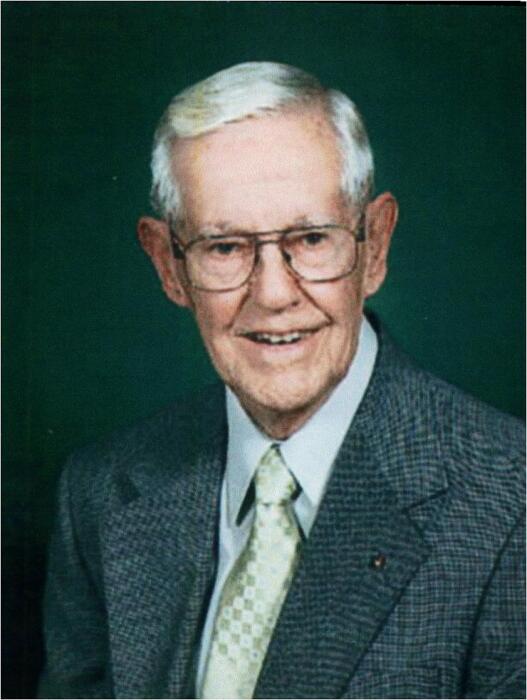 He graduated from Mt. Sterling High School in 1940.  A member of the greatest generation, he served in the US Army 8th armored division 80th tank battalion in the Ardennes in Belgium and the Rhineland in Western Germany.  His awards include the American Theater Ribbon, Three Bronze stars for meritorious service and heroism in combat, WWII Victory medal, and Good Conduct Ribbon. He served as Grand Marshall for the 2016 Memorial Day parade.

Jack was self-employed in the insurance business for 40 years.  He served on the Circleville Park Board for 39 years, and was honored for his service by having a street named for him in Barthelmas Park.  He officiated high school basketball for 23 years and umpired little league baseball for 35 years.  In 1984 he was recognized with the Circleville Youth Baseball Benefactor Award.  He was a Circleville Township Trustee for 12 years, serving as President and clerk for 2 years.  After his retirement he delivered medications for his daughter and son-in-laws’ pharmacy until he was 97.  Jack was a life member of American Legion Post 134, Amvets post 2256, VFW Post 3331 and the Soldiers Monumental Association of Pickaway County.  He was also a member of Masonic Lodge #23, Scottish Rite, Shrine Club and Eastern Star #90 and Jaycees.  He received the Rotary Service above Self award in 2011, the Sunrise Rotary non Rotarian Citizen of the year in 2015.  He was a faithful member of Community United Methodist Church where he served on numerous committees and as an usher for many years.  He was a devoted husband, father, grandfather and great-grandfather.  Jack was preceded in death by his parents, wife of 65 years, Juanita (White) McGuire in 2013, brothers Tom (Gladys) McGuire, Charles (Beth) McGuire, sisters Madge (Pearl) Jones, Jane (Harry) Timmons and Ruth (Harold) Laymon.  He is survived by daughters Susan McGuire (Marcia Pontious) and Kim (Larry) Schieber, two grandsons Scott (Erica) Schieber and Mark Schieber, 2  great grandsons Gavin and Carson, brother-in-law Frank White, many nieces, nephews and special friends Gary, Dean and Phyllis.

The family would like to give special thanks to his caregiver buddy Dave.   Bring your lawn chairs and join Jacks’ family as he is laid to rest during an outdoor funeral service with military honors on Saturday, September 12, 2020 at 2:00 p.m. at Forest Cemetery with Pastor Tad Grover officiating.  In lieu of flowers the family requests memorial contributions be made to Community United Methodist Church, 120 North Pickaway Street, Circleville, Ohio 43113 or Berger Hospice, 610 North Ridge Road, Circleville, Ohio 43113.