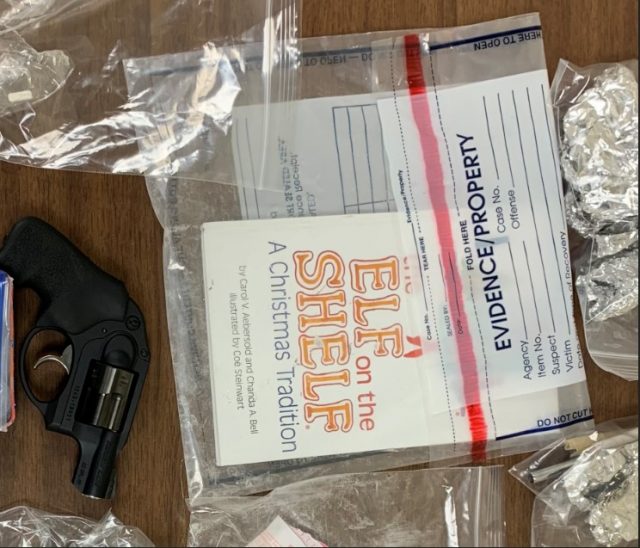 CIRCLEVILLE – During a weekend task force operation dubbed “Operation New Dawn” local law enforcement and Probation came across a situation that had to be immediately deal with, guns and drugs within reach of five young children in a Circleville Home.

According to the task force they arrived at 100 block of South Court street for a compliance check on probationer Amber Speakman. During the check of their home police found 4 grams of Fentanyl within the home along with a loaded .38 special revolver. Police noted in the report all the drugs were within reach of the five children under ten in the home.

Also noted in the report was that some of the Fentanyl was prepared for use on top of a hardback children’s book titled Elf on a Shelf.