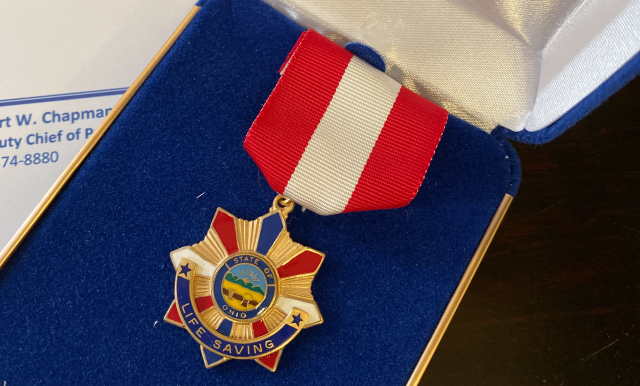 CIRCLEVILLE – On October 12 During Circleville High Schools Homecoming Dance a 14-year old student fell into cardiac arrest and went unresponsive in the middle of the dance floor. 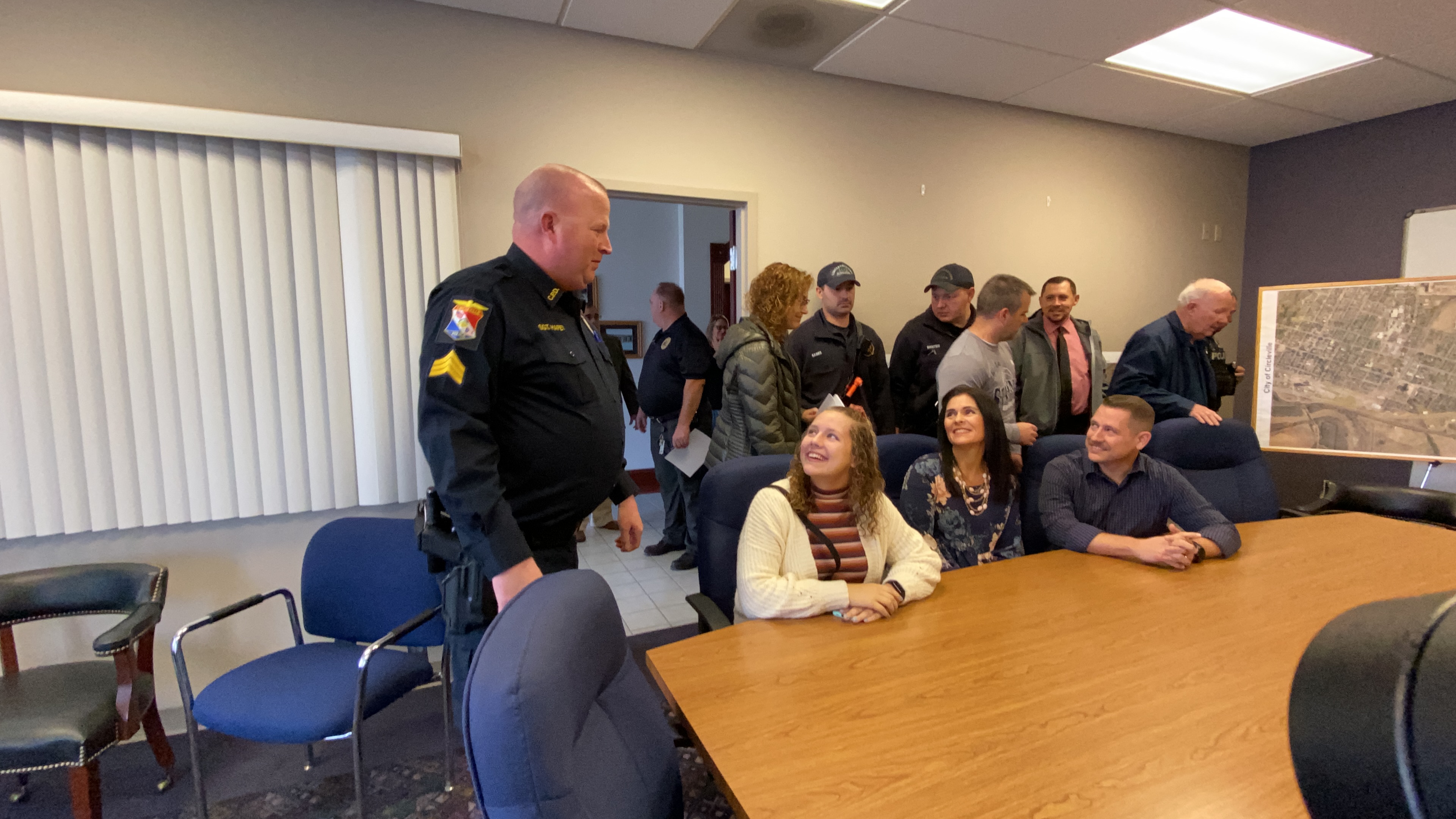 After a AED is installed it detects heart-rate and recommends defibrillation if no heart beat is detected. This was the case with the 14 year old student, the defibrillator worked and brought the 14 year olds heart back into rhythm.

Circleville Fire/EMT arrived at the scene quickly and transported her to Berger Hosptial, and then she was emergency helicoptered to Children’s Hospital. 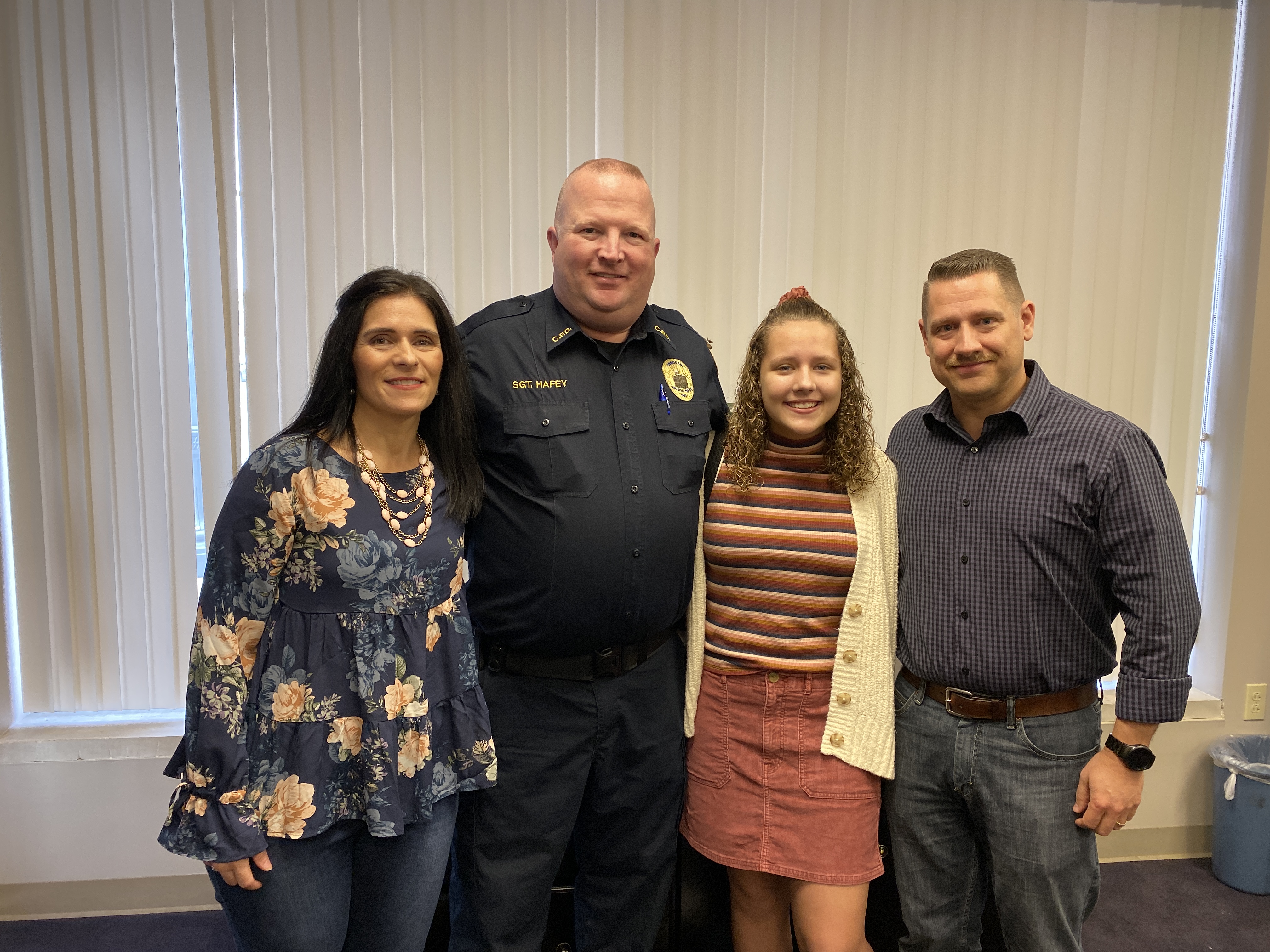 Doctors advised that Sergeant Hafey’s actions with immediate CPR and immediate use of the AEP prevented any further heart damage or brain damage from the event. 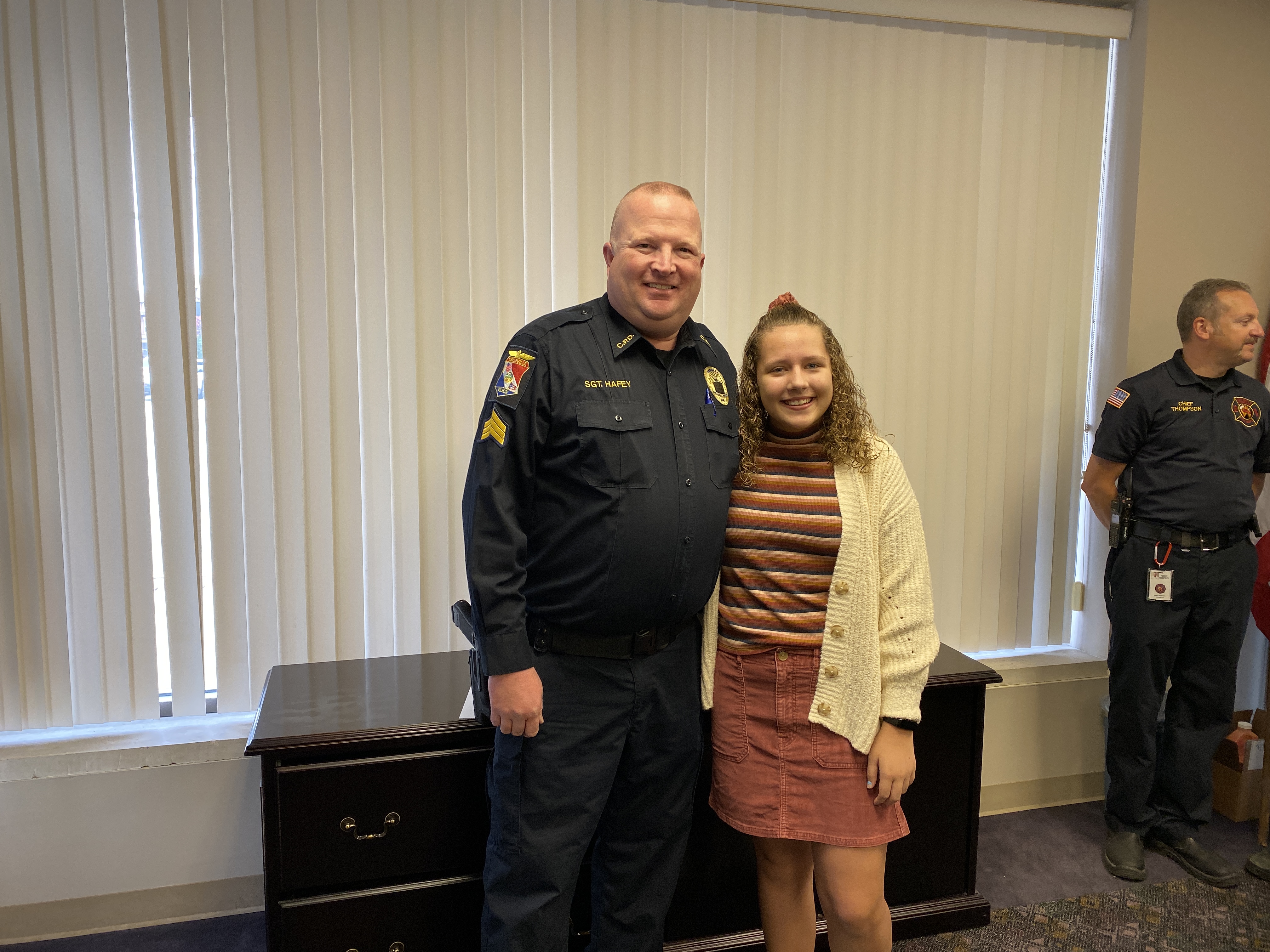 Sergeant Hafey said this was the highlight of his 16 year career. He said he had difficulties sleeping that night worried if she would be ok.

His wife said that he texted his daughters and told them that, “he loved them.”  after the incident and when he gets updates on her condition its one of the first thing he talks about when he gets home. 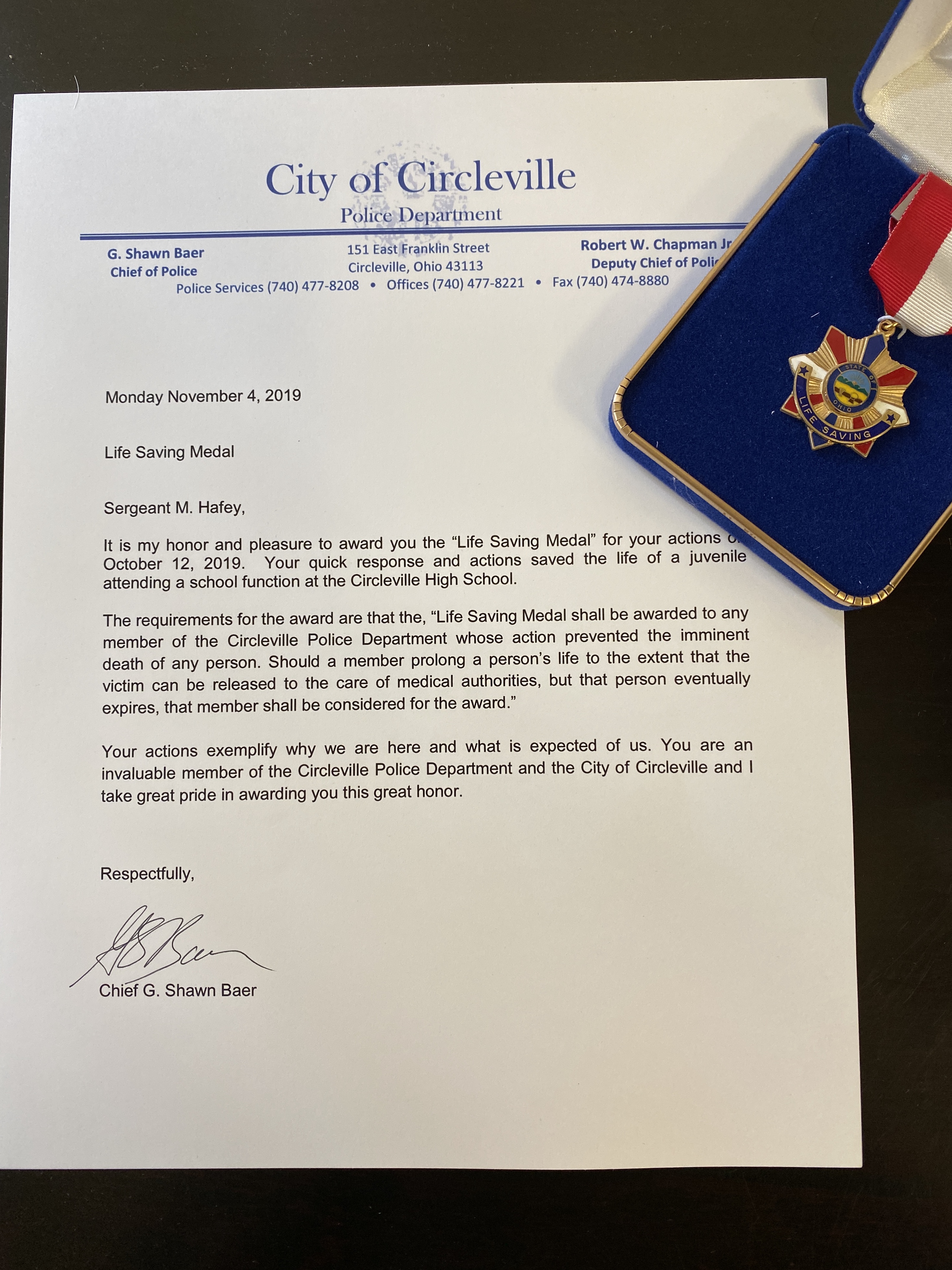