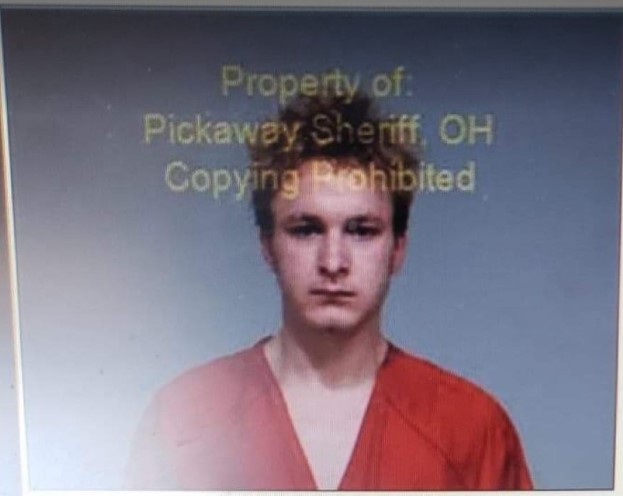 CIRCLEVILLE – A Circleville man was arrested after being belligerent with Circleville Police officers after a domestic situation.

According to the Circleville Police department on 2/27/22 they were called to the scene of an active fight in the 300 block of Walnut street. When they arrived they found a man identified as Anthony Thompson, 18 was in a domestic altercation with family members and was intoxicated. During the investigation of the domestic Thompson became erratic and did not listen to commands. When officers decided to take Thompson into custody for not listening to commands he started to fight them. In the report, officers reported what happened next:

Anthony will be charged with Domestic Violence, Assault on a Peace Officer, Sexual Assault, Obstruction, resisting arrest, and underage consumption.

UPDATE: The charge of Sexual assault after kissing one of the officers on the mouth was dropped later on