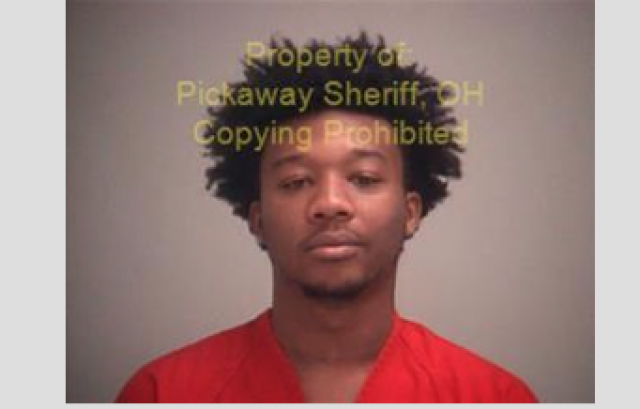 CIRCLEVILLE – A 911 call went out today of a man who was running from Tractor Supply after a clerk detected a fake 100 dollar bill he was using to buy items.

On July 31, 2020 the Circleville Police Department Communications Center received a call for service to Tractor Supply Company located at 23735 U.S. Highway 23 South on a male who just passed a counterfeit $100 bill and fled eastbound on foot. Dispatchers gave a description of the male and officers were in the area quickly. Officers created a perimeter in the 1300 block of South Pickaway Street. Officer Eberhard and K-9 “Serg” deployed and began an area search for the suspect. The suspect was tracked to a residence located at 1310 South Pickaway Street. Officers Eberhard and “Serg” located the suspect in the basement of the residence. The suspect had gained entry into the residence through an open window.
Detectives learned that the suspect had also deceptively purchased items from Rural King located at 23625 U.S. Highway 23 South prior to going to Tractor Supply Company. The suspect identified as Semaj Shorts, 19 of Durham North Carolina was arrested and transported to the Pickaway County Jail and charged with two counts of Counterfeiting felonies of the fourth degree, Breaking and Entering a felony of the fifth degree and two misdemeanor counts of Theft by Deception