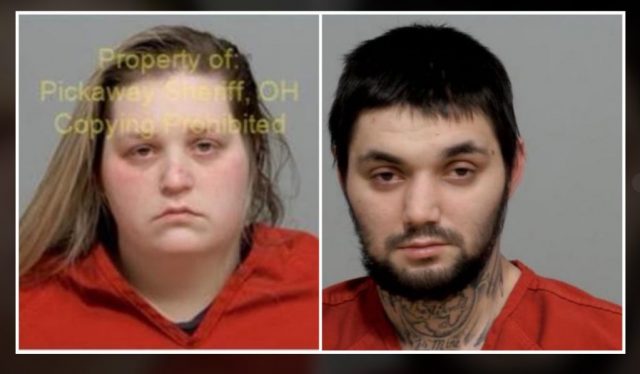 CIRCLEVILLE – Two Circleville people have been charged with the involuntary manslaughter of their two-year-old and overdose of a 4-year-old.

Arrested and charged are Nicholas D. Lee, 25 of Circleville, and Brianna E. Roush, 26 of Circleville. Lee and Roush both are charged with Felony 1 Involuntary Manslaughter, Felony 2 Attempted Involuntary Manslaughter, two counts each Felony 3 Child Endangering, Felony 4 Trafficking in Fentanyl and Felony 5 Possession of Fentanyl. They will be housed at the Pickaway County Sheriff’s Office Jail until their initial court appearance at Circleville Municipal Court.

“Our department and our personnel are deeply saddened and outraged at the death of an innocent child due to the illegal drugs that plague our community. If you have a drug addiction or know someone that does, please reach out for help. The senseless deaths in our community due to dangerous drugs needs to stop.”

In Pickaway County Common please court this week both Nicholas D. Lee, 25, and Brianna E. Roush, 26 of Circleville plead not guilty to the charges of

For assistance with drug addiction or to report drug activity please contact the Circleville Police Department at (740) 477-DRUG (3784).