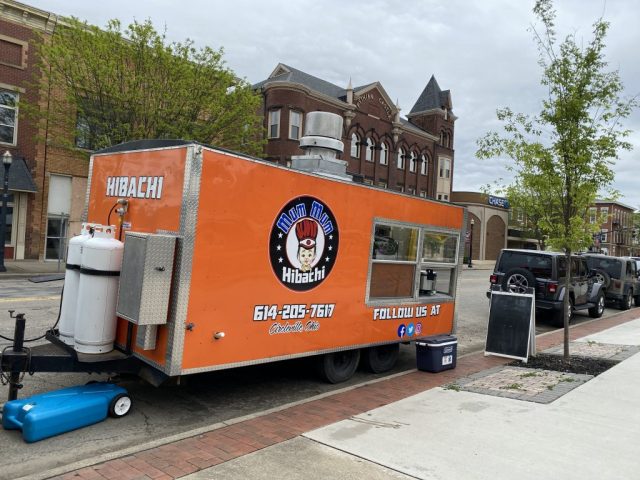 CIRCLEVILLE – Circleville over the last few years has had a few food trucks roll into town and stick around for a while offering news and unique foods for sale. Now Circleville is asking questions and looking for resident input on how they should address food trucks in not only Circleville but the Downtown Historic Area also.

Holly Mattei from Crossroads Community Planning has been hired by the city to rewrite the cities zoning code to create a easier and more fluent code that would limit less need for residents and business owners to go before planning and zoning boards.

Some discussion covered the square footage of homes in certain areas, zoning concerns for new construction vs historical, and food trucks. Only a select amount of people came to the council for opinion and most were for limiting food trucks in town especially in the downtown historic area.

Some suggestions from residents were to limit how long food trucks could say on private lots, even moving at the end of the day, citing that other cities have ordinances like this. Hattei said that limiting how long they could stay in the area has already been suggested but that time could be reduced even further if that’s, “what everyone wants.”

Circleville Mayor Don Mcllroy said that he’s concerned that citizens have not reached out to give opinions on what they want to see in the new code when it surrounds food trucks, and asked that the media push out some information asking citizens to start voicing that opinion during this crucial time before everything is set in stone.

Council will have several meetings before the code is accepted and law, here is the link to the current proposal. Below is the current language for Food Trucks Page 108 in the paperwork. http://www.ci.circleville.oh.us/DocumentCenter/View/1747/Proposed-City-of-Circleville-Zoning-Codes-2nd-Draft-for-Council-Review_1052021?bidId=

Please leave your opinion in the comments