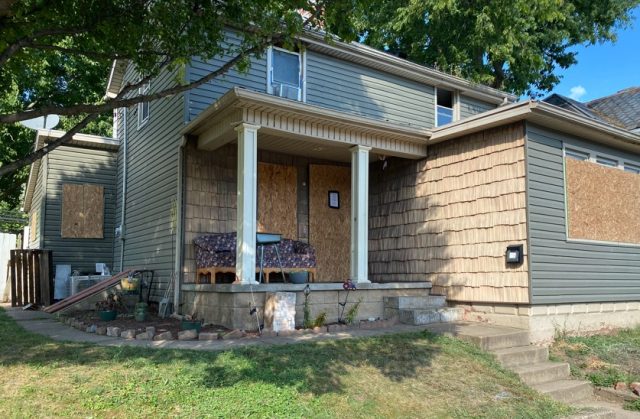 CIRCLEVILLE – A local house that neighbors say you can get anything at, is now closed for business after several drug overdoses.

Emergency squads were called to 540 East Mound street for the report of a drug overdose, and CPR in progress, when Circleville Police and EMS arrived on the scene they found two other people who were, “slumped over and unconscious” on a couch on the front porch. All three persons were given Narcan and taken to the local hospital.

Circleville Investigators were called to the scene due to the amount of drug paraphernalia that was at the scene. Investigators were able to obtain a search warrant for the home and when they went in they found poor conditions, with no running water.

Neighbors say that they have to fight vermin that try to invade their home all the time, they also told Sciotopost that the location always has high drug traffic, along with know home for stolen items.

In September of 2020 Circleville Police arrested three people with what police called, “Cartel Involved Bust” at the same home. That story here: https://www.sciotopost.com/breaking-cartel-type-bust-east-mound-circleville/

Public service and city zoning inspector got involved after the search and deemed the home Unsafe and Uninhabitbale and boarded the home.

Neighbors were happy to see that the home has been boarded up but expect that they will be back soon.