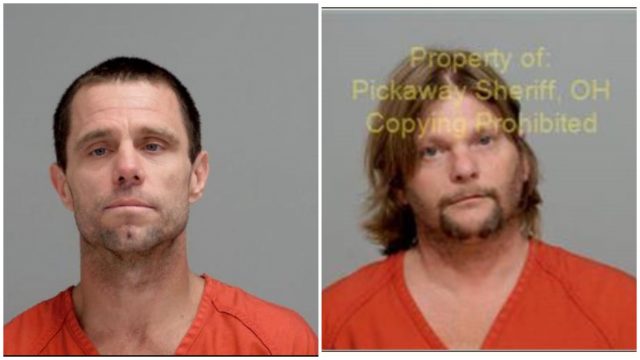 CIRCLEVILLE – Officers were able to make arrests today following a covert operation in the city of Circleville.

Today July 22, 2021, the Circleville Police department investigated an area that was known for drug trafficking. What led police to the bust was a K9 traffic stop that investigators used to find a man who was selling narcotics out of a camper in the area of Beaver alley and Sumter Alley.

Chance Roese, 46 of Circleville was arrested and on his person and property they found:

Roese was charged with Trafficking Fentanyl, Trafficking Methamphetamine, Possession of Fentanyl, and Tampering with Evidence when police say he tried to get rid of the drugs during the interview.

Michael Bell, 37 of Circleville who was with Roese had Multiple warrants for breaking and entering, theft, and failure to appear was also arrested at the scene.

The investigation is still pending, any drug tips can be sent to the Circleville Police department here: http://circlevillepolice.com/193/Police