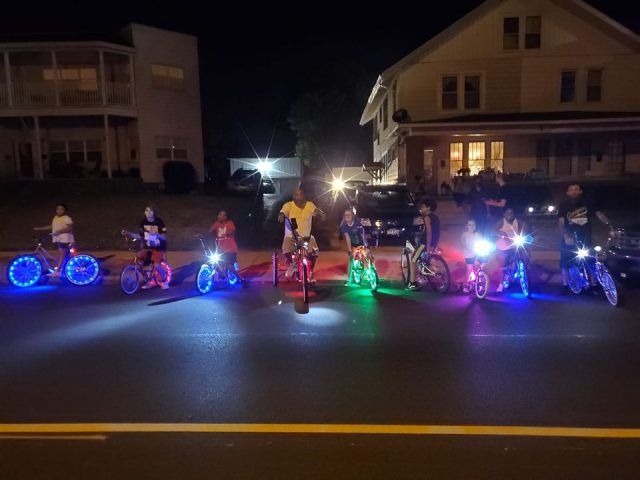 CIRCLEVILLE –  A local bicycle club that aims at, “something for kids to do in Circleville.” announced today that they will be riding in the greatest free show on Earth.

“The club has grown from just a few members to over 20 members who ride sometimes nightly,” said Keith Carrol one of the founding members, “We started this for three reasons, one I was looking for a way to become more active, two to give back to my community, and three something for kids to do in town that doesn’t involve electronics.”

The Club rides around Circleville sometimes nightly with people off all ages. Carrol a grandpa has found this time to be precious with his grandkids.

“We make sure everyone has lights on their bikes so they are safe while we ride around the town. We go to different places and everyone responds positively to what we are doing.”

The club according to Carrol supplies lights and installs them on people’s bikes, sometimes they supply the bike and everything. Carol said this is one of the biggest surprises to what has happened with the club.

According to the club, they will have 30 riders in the Thursday night parade with Ohio State Marching Band.