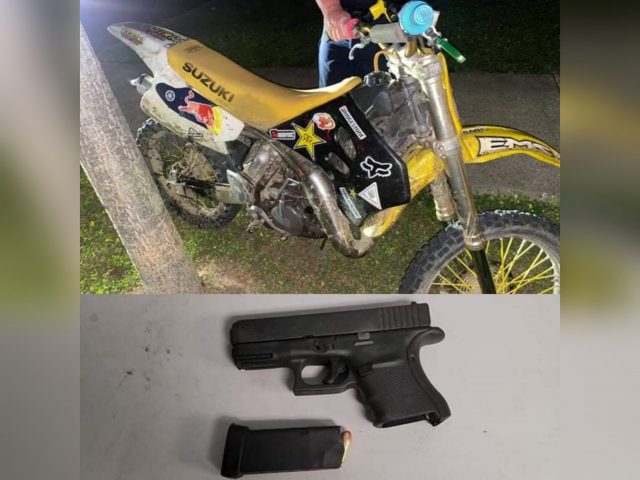 Chillicothe OH- A Sergeant for the Chillicothe Police Department was in a fight for his life, after being assaulted by a 16-year-old juvenile on the night of Sunday June 27th, 2021.

The disturbance call came in to dispatch at 10:00P.M. that someone was riding a dirt bike on the roadway around N. High St. and Chestnut St in the city. When the officer arrived on scene, he observed a male standing next to the dirt bike which was parked on the sidewalk and he was attempting to start it.

The officer then approached the male and the suspect fled on foot. The officer gave pursuit and the suspect dodged between houses on Church St and into the darkness where the officer was, for a moment suffering night blindness but could hear what sounded like the suspect climbing a fence.

Sgt. Cody Moore suffered a minor head injury that he had checked out by medics, and the suspect was bleeding from his right elbow from a minor abrasion, it also appeared he had a small laceration on his left eye lid but refused medical attention. The dirt bike, a 1994 Suzuki RM125 was towed from the scene.

Due to the age of the suspect, we are not able to release his name but can inform you that the officer has recommended Charges: 1. Carrying concealed weapons, 2. assault on a police officer, 3. resisting arrest (m1), 4. obstructing official business. The 16-year-old male juvenile was transported to the juvenile detention center on Cattail Road.

This report and photos were obtained through a media request to the Chillicothe Police Department.