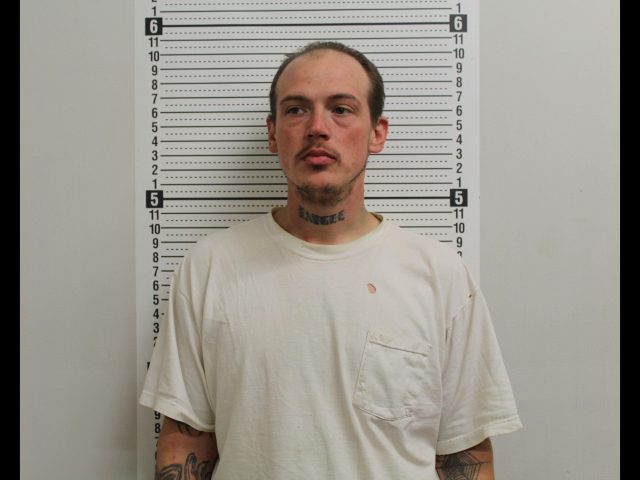 Chillicothe OH- On 12/14/20 at 07:38:44 Officers were dispatched to the Chillicothe City Service Department in regard to a stolen vehicle report. Police dispatch had placed a “Be on the lookout” with the vehicle description for officers to begin searching.

A City of Chillicothe white 2006 GMC Sierra that had two very large fuels tanks attached was reportedly stolen. An officer was able to locate the vehicle at the Ross County Service Department and about 100 feet away from it was a male standing near Western Avenue. The officer detained the male without incident and when questioned, he admitted to taking the truck from the property because it had the keys in it, and he drove it around.

The man was identified as 30-year-old Jerrod Mason Lowery, who is listed as being homeless and no stranger to breaking the law with previous convictions of a previous theft, two counts of obstructing justice, criminal damaging and possession of drugs.

The stolen truck was retrieved and taken back to where it belonged, and Mr. Lowery is incarcerated in the Ross County Jail to face a charge of Felony 4 Theft of a motor vehicle.