Chillicothe OH- A report was filed with the Chillicothe Police Department in regards to the vandalism of a civil war soldier monument in a local cemetery.

The Grandview Cemetery located on Brookside Rd is home to the monument. According to the report, the soldier had an arm removed, a rifle and a sword that was on a bronze plaque at the base. The plaque is the last one of three originals placed on the monument. It was erected by the Grand Army of the Republic (GAR).

According to a source we spoke with whom has first hand knowledge of the monument, isn’t sure exactly when the vandalism occurred but it was discovered recently and hopes it has nothing to do with the current unrest in our society. 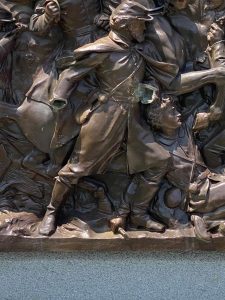 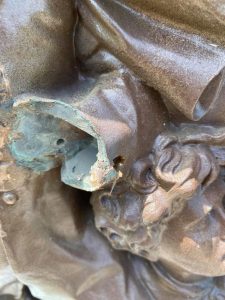 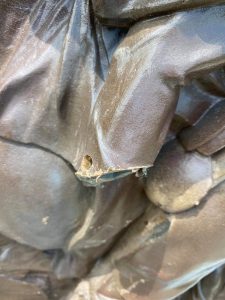 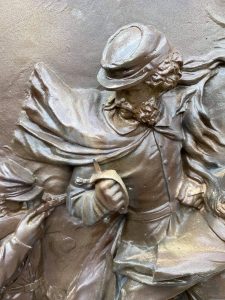