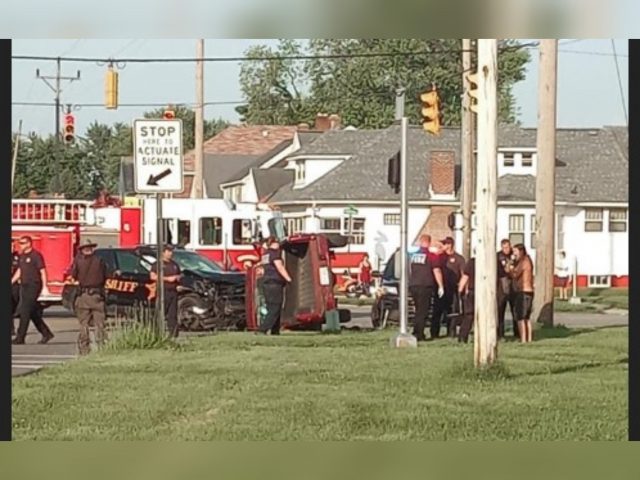 Chillicothe OH- On 06/13/2021 at 7:20P.M. A 2001 Chevy pickup driven by 61-year-old Steven Spencer of Chillicothe was north bound on S. Bridge St. attempting to make a left hand turn onto E. 7th St. A Ross County Deputy cruiser was south bound on S. Bridge St. when the pickup turned in front of them causing the front of the deputy’s cruiser to strike the right side of the pickup.

The Chevy pickup then entered a rollover before coming to rest on its side. Mr. Spencer stated the traffic signal was green when he attempted to execute the left turn. The Deputy stated that traffic signal was yellow when he entered the intersection and Mr. Spencer turned in front of him. It was found that Mr. Spencer failed to yield the right of way at the intersection of the Deputy vehicle. Mr. Spencer was issued a citation for Right of Way When Turning Left according to the crash report obtained by the Scioto Post.