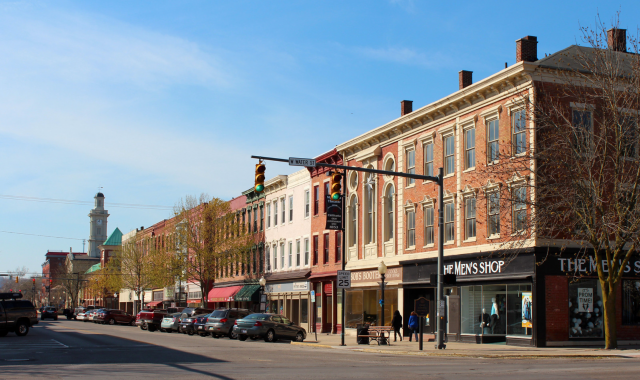 Chillicothe – Smithsonian has published an article that names what they think are the best 15 towns under 25,000 people to visit in the US in 2022 one of them being Chillicothe.

In the article, the choices were aimed at natural beauty, a high density of cultural offerings, and a compelling reason to visit. The article states what locals like you and I most likely know, the incredible history that southern Ohio holds with the Hopewell Culture that dates back to around 1 AD.

If you don’t know, Two thousand years ago, the region between Seip Earthworks and Chillicothe was one of the most important cultural centers in eastern North America, for hundreds of years. On high terraces along the Paint Creek and Scioto River valleys, almost two dozen giant geometric earthwork complexes were constructed by prehistoric people referred to as the Hopewell Culture. One of the most magnificent engineering feats of them all was Seip Earthworks: over two miles of embankment wall enclosing over 120 acres in the shape of two immense circles and a 27-acre square with astronomical alignments. The embankment wall was as high as ten feet tall in places. Tragically, this great complex suffered the same fate as all Hopewell earthworks. Built on prime agricultural land, Hopewell geometric earthworks have been plowed over for the last two centuries, leaving only a few remnants of these magnificent ancient monuments of America. Today National Park Service purchased most of the complex and adding it to Hopewell Culture National Historical Park in 2014.

Along with talking about this important historical location the article covers several other things that local Chillicothe should be proud of, you can read the article here: https://www.smithsonianmag.com/travel/the-15-best-small-towns-to-visit-in-2022-180980129/?fbclid=IwAR33g5TCRPF6atvZNYo9B1E1_njys1uN6xb0VvzbznhvyarkUTRBwruvSOk&fs=e&s=cl