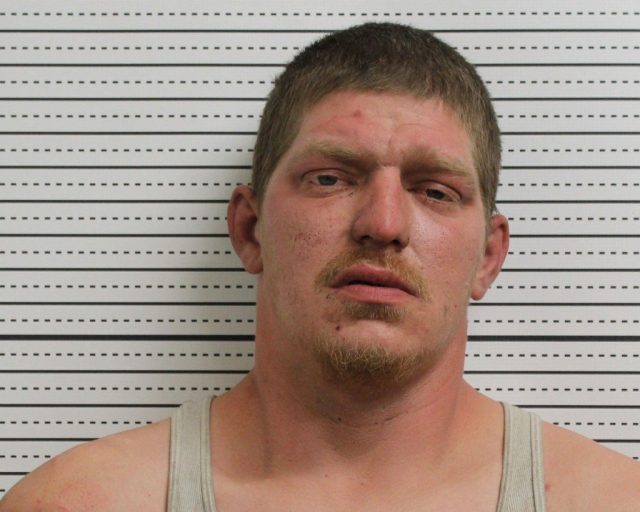 CHILLICOTHE – A Chillicothe man was arrested and charged with harassment with a bodily substance after two Chillicothe Officer responded to help a man that was overdosing and possibly dying.

Some officers would say that this is a regular occurrence and something that they have to deal with, and some regular citizens would say, “that they are trained for that.”

I wanted to share details of this recent arrest to show what local law enforcement deals with regularly. On April 7, 2021. A call came in of a man lying unresponsive at the Chillicothe Mini storage, possibly overdosed. When police arrived they found the man unconscious, but he was breathing and had a pulse. Police were able to identify him quickly because he was a known narcotics user in the area, Tyler Weller.

When Chillicothe Paramedics arrived on the scene, also believed that Weller was under the influence and possibly overdosing so they administered 2oz of Narcan. It took a few minutes for Weller to wake up but when he did he started to fight back against Paramedics and Law enforcement, he started screaming, “fuck narcan,” “get this mother fucker off me,” and violently started flailing his arms to get away from EMS. When he got away he swung violently towards the paramedics, that’s when police had to restrain him, but he wasn’t done yet.

Chillicothe police officer pinned Weller against a fence to attempt to de-escalate the man. Police said that Weller started talking to someone who wasn’t even there. One of the other officers who was at the time looking for friend or family member to take care of Tyler until the drug wore off, had to run over to assist the other officer who was struggling to keep control. After handcuffing Weller and sitting him on the ground, Weller with no other weapons at his disposal to launch against the police decided to spit in the face of the officer who was looking for help for him.

The same officer who was spit on retrieved Wellers auot keys, rolled up the windows of his vehicle, locked it, and secured his garage unit before taking him to jail.

Weller was charged with Felony assault, obstruction of official business, resisting arrest, and disorderly intoxication. He was booked into Ross county jail. This week he faced a felony conviction of harassment with a bodily substance that he plead guilty to. The judge has ordered a PSI, his bond continued until sentencing.