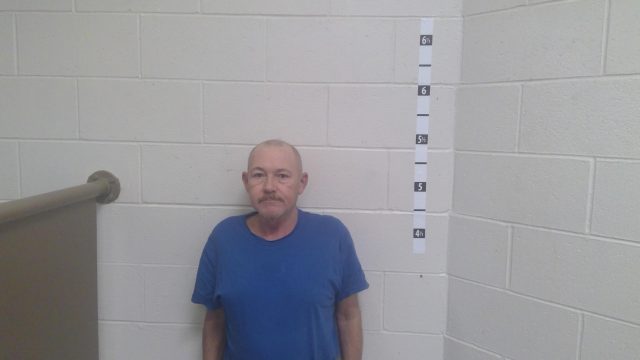 CHILLICOTHE – A man was arrested after Chillicothe police responded to a domestic situation at his home.

According to reports, Chillicothe police arrived at West 2nd Street after a 911 call for a domestic Dispute, when they arrived they found a man who was heavily intoxicated.

The report stated that the couple had gotten into a scuffle and wrestling match over a bottle of liquor that was poured on the floor in the kitchen. Both people in the altercation were hurt but only cuts and bruises.

Things took a turn for the worse when Jeffery Bryant, 60 started becoming combative verbally with the officer, then stood up while reaching for his waistband for a possible gun and walking towards officers. Police reacted quickly to this situation asking the man if he had a gun on himself and he replied no, but officers asked to pat him down and he started resisting officers while continuing to reach into his pocket. Officers started a struggle with the man and were able to pin his arm with his hand in his pocket, then put the handcuffs on him. After being secured he was patted down and officers found a small silver double-barrel Cobra Enterprises 022M .22 Mag in his pocket his hand was in.

Due to Jeffery’s extreme intoxicated state, inability to follow commands, and his domestic partner having visible injuries he was placed under arrest. Jeffery was transported to RCJ for Domestic Violence, Having Weapons While Intoxicated, and resisting arrest. Jeffery will be held in lieu of bond until his court appearance on 01/24/2022 at 0900hrs.