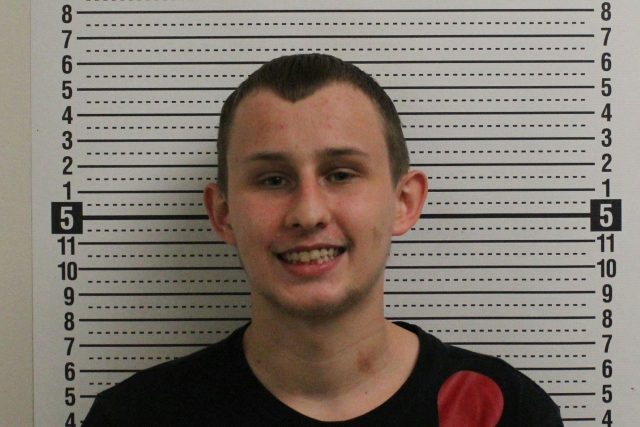 Chillicothe – A 21-year-old who is on probation was busted with firearms in his home after posting on Snapchat.

According to the Chillicothe police department, the detectives were called after probation notified them of a potential investigation on a video they received. In the video according to the report Wesley Caplinger, who isn’t allowed to have firearms had a prior conviction for Felonious Assault, shows the man showing off hidden places where he had guns in his house that included an AR-15 in his closet, and a handgun on his shelf. With this new information, Chillicothe police were able to do a home check due to the man being on probation already, and search for illegal items.

During the search a Black and Green pistol, and stated that they believed it was the same one Mr. Caplinger briefly showed in his SnapChat video. The Cline Tactical 9mm was loaded with 12 rounds inside and after investigating the serial number it showed that the gun was stolen. A second gun was found a shotgun that was claimed to belong to another person in the home. The AR-15 was nowhere to be found. After arrest, and questioning Mr. Caplinger reported that he had sold the AR-15 to a person in Columbus over the weekend.

Mr. Caplinger clearly knew the firearms were in the home he was arrested and charged with Weapons Under Disability, and probation violation.