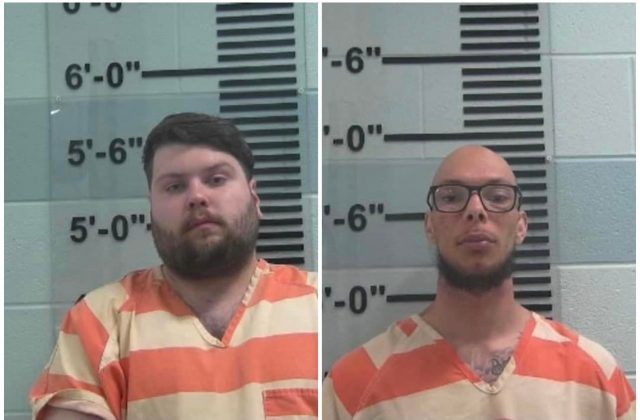 CHILLICOTHE – Four in Custody, Charged with Robbery following Multi-County Investigation [Lancaster, Ohio, April 27, 2022] The Fairfield County Sheriff’s Office would like to announce the apprehension of four suspects believed to be responsible for a string of bank robberies spanning four counties. On April 27, 2022.

According to the Chillicothe Sheriff’s office on 4/27/2022 around 11:38 am a teller at the PNC Bank 1080 N. Bridge St. was handed a note that demanded money. The teller then handed over $755.00 cash and the suspect left on foot. The suspect was described as a heavy-set white male, wearing all black with a black toboggan, black gloves, and a surgical mask. The male had “red lips” tattooed on the right side of his neck. Officers searched the area and were unable to locate the suspect.

According to law enforcement, this would be one of four banks they would rob in several counties.

Detectives and SWAT Team members from the Fairfield County Sheriff’s Office executed a search warrant in the 1500 block of Monmouth Street in the City of Lancaster after receiving information from another law enforcement agency on the whereabouts of the suspects in a string of robberies spanning four counties.

The four were taken into custody without incident as they exited their apartment while the SWAT Team was approaching. The suspects are identified as: Travis Mettler, 23, Lancaster Lindsey Williams, 24, Lancaster James Jones, 28, Akron Abigail Morrison, 26, Chillicothe Together, the foursome is believed to be responsible for the robberies that occurred at the following locations: PC Bank, Canal Winchester North Valley Bank, Zanesville Park National Bank. Newark PC Bank. Chillicothe These apprehensions were the result of the collaborative efforts of the Fairfield County Sheriff’s Office, Zanesville Police Department, Newark Police Department, and the Chillicothe Police Department.

The suspects are in the custody of the Fairfield County Sheriff and are being held without bail pending their initial appearance.

Anyone with information related to these incidents is asked to contact the Fairfield County Sheriff’s Office Investigations Bureau.