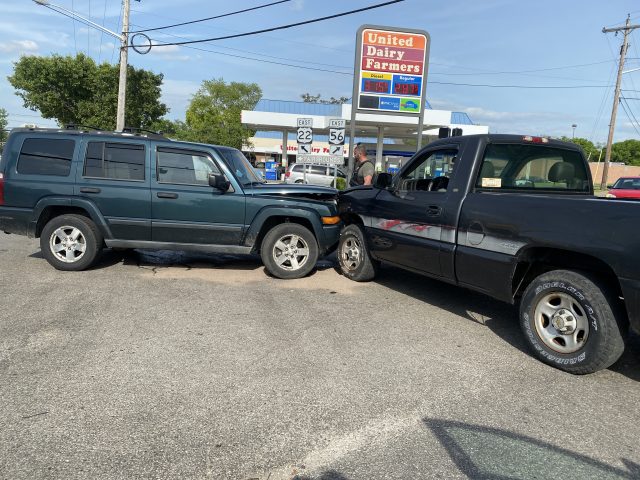 According to Circleville Police department the first wreck 5 pm involved a green jeep and a blue pick up truck when one vehicle failed to yield at the intersection. That wreck is still under investigation and no one was transported to the hospital.

The second wreck at 5:07 pm occurred when the Blue ford SUV failed to yield to the traffic light and rear ended the silver Ford Fusion. The passenger of the Fusion and the driver of the SUV were taken to Berger with injuries.

Both wreck caused a shut down of Lancaster pike for about 30 minutes.