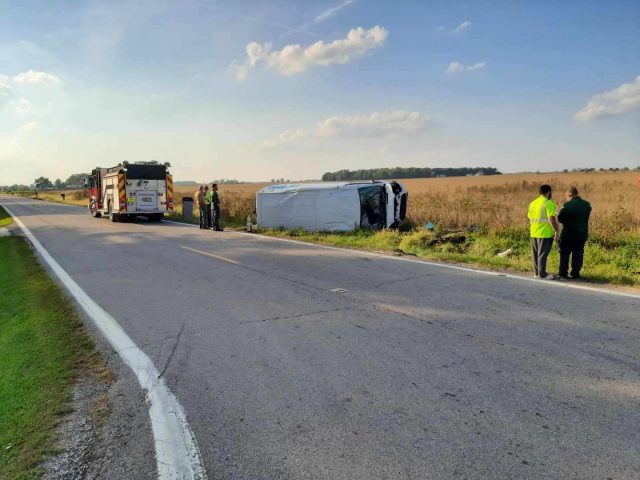 PICKAWAY – A two-vehicle crash was reported on 762 around 4;50 pm on Tuesday.

According to Sheriff department on scene two vehicles collided at the intersection of SR 762 and Matville Rd in Scioto Twp. The van was traveling West when the Southbound car failed to the right-of-way. Two occupants were checked for injuries and one individual was transported to the hospital. Pickaway County Sheriff’s Department responded to the scene, while Scioto Twp and Jackson Twp tended to the occupants.