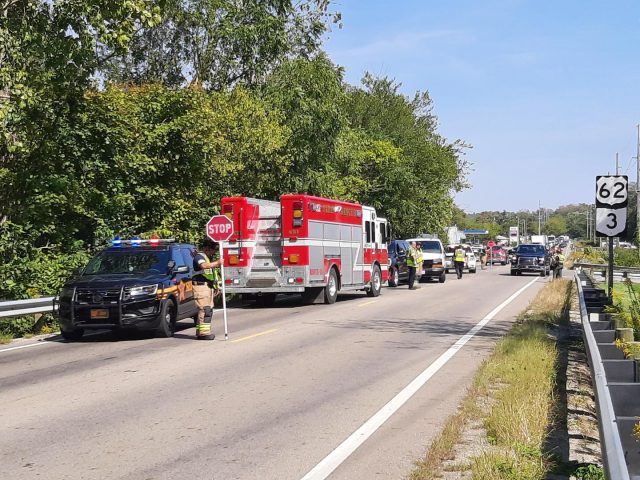 ORIENT – A three-car crash has been reported on US-62 in Orient around 2pm on Monday.

According to reports, the wreck occurred at the intersection of US-62 and Darby Creek road by the Tavern 62 bar in Madison/Pickaway county line.

According to Pickaway Sheriff’s office, there were no major injuries to the crash. Traffic was backed up for a short time, but all lanes are now open. The cause of the crash was driver distraction. PCSO and Tri-County Joint Fire Dept responded to the scene.