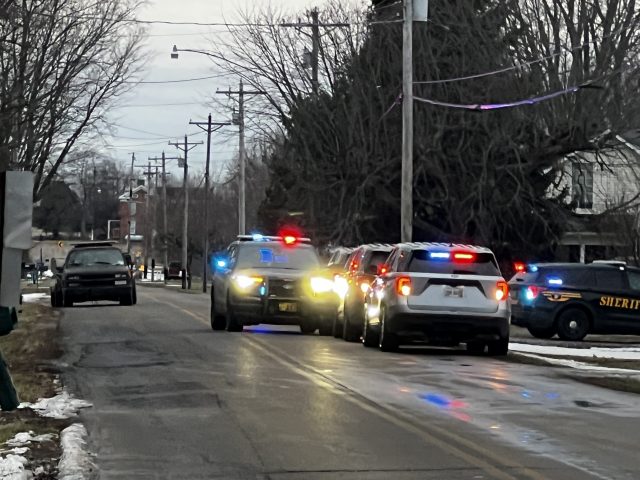 Around a half dozen, law enforcement vehicles are on the scene during this situation. A representative would not give me any information as it was an ongoing investigation. While on scene, SWAT arrived and broke down the door of the garage located in the back of 11600 main street. One person Bruce McFarland was arrested and taken into custody. He claimed during the arrest that he had health issues and the local EMS responded to the scene to check him out.

McFarland was part of the Circleville area criminal ring called the Circleville 30 that used home-repair scams to swindle more than $137,000 from elderly consumers in Fairfield, Franklin, Pickaway, and Ross counties in 2013

We will update with more information when it is released