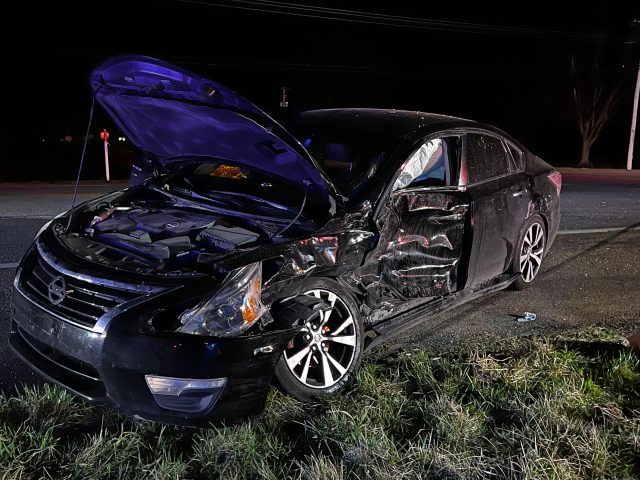 PICKAWAY – A crash occured at the intersection of 762 and Ashville pike around 9 pm on Wednesday.

According to the Pickaway county sheriff’s office the Black Nissan Altima was heading Westbound on 762 when it failed to yield to the stop sign at the intersection of 762 and Ashville pike and collided with a Ford Ranger that was heading Northbound on Ashville Pike.

After being struck the Ford left the roadway went down a small hill and it the guide wire to an electricity pole.

The driver of the ranger was transported by medical, and the four passengers of the Nissan two children were transported to local hospitals to be checked out.

The Black Nissan was at fault for the crash, everyone was wearing seatbelts.