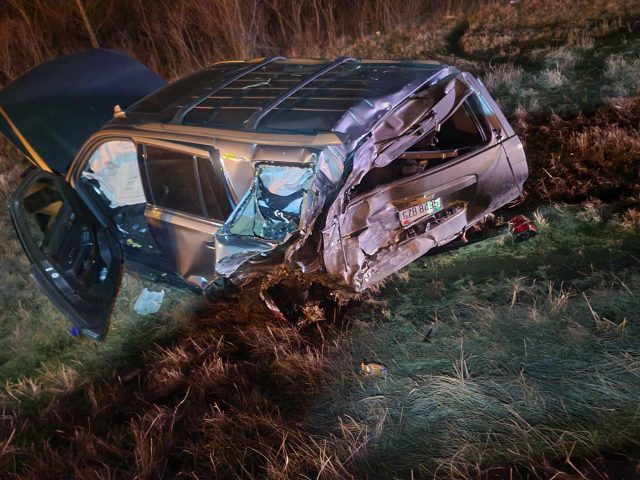 PICKAWAY – A crash involving a deer, an SUV, and a semi has occurred around 7 pm on US-23 Southbound

The crash occurred just north of 361 and it involved an SUV colliding with a deer, when the SUV braked a Semi rear-ended the SUV sending it into the side of the roadway

UPDATE: One person was transferred to Adena hospital with injuries, the deer ran and collapsed in the Northbound lane. Both the Semi and the SUV were damaged in the crash