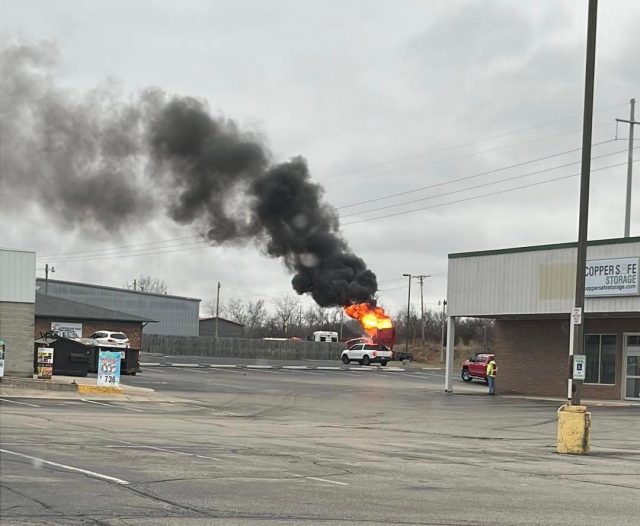 Pickaway County – Emergency squads saved the area of catching fire after a semi on fire around 4:15 pm on Friday

Update – A reporter on the scene said that a witness saw a mechanic that was working on the semi go inside the business and by the time he had come back out the Semi was on fire.

Pickaway Township arrived and quickly put the semi out, it is unknown other than the witness statement how the semi caught fire in the first place.

We will reach out for more information and update again.