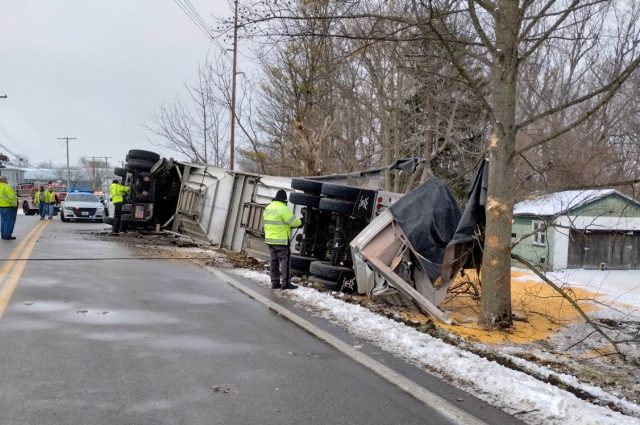 New Holland – A semi crash into a front yard had emergency crews en route around 10:37 am on Tuesday.

According to early reports, a semi crashed along Route 22 in New Holland. It was dispatched as an injury crash but we are so far unsure of the extent of the injuries. (Update – Is now being reported as Non-injury)

The driver was hauling corn when the semi and trailer overturned and some of the cargo has spilled. Pic-A-Fay is on scene

Please avoid the area the roadway may be closed for cleanup.