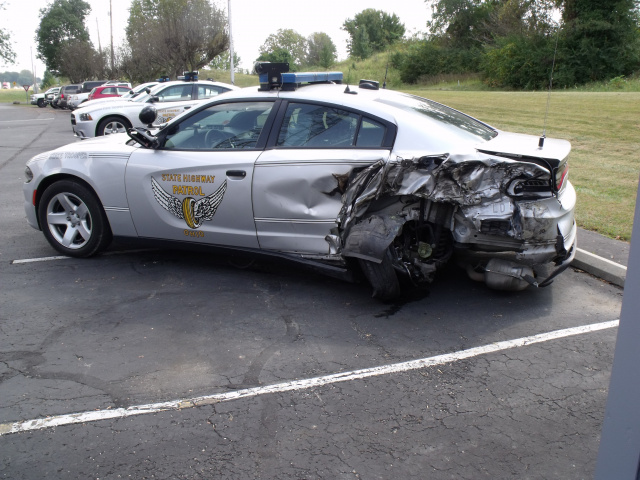 While the wrecker driver was loading the vehicle, the trooper had the stranded motorist stand along the grass area of the berm as a precautionary measure. At that time, a 2004 Volvo semi hauling a loaded trailer, driven by Vadim Popovici, 24, of Nevada, failed to move over or slow down and struck the Ohio State Highway Patrol cruiser in the left rear at a high rate of speed. Thankfully due to the trooper’s precautionary measures, nobody was injured. Mr. Popovici was cited for the crash. 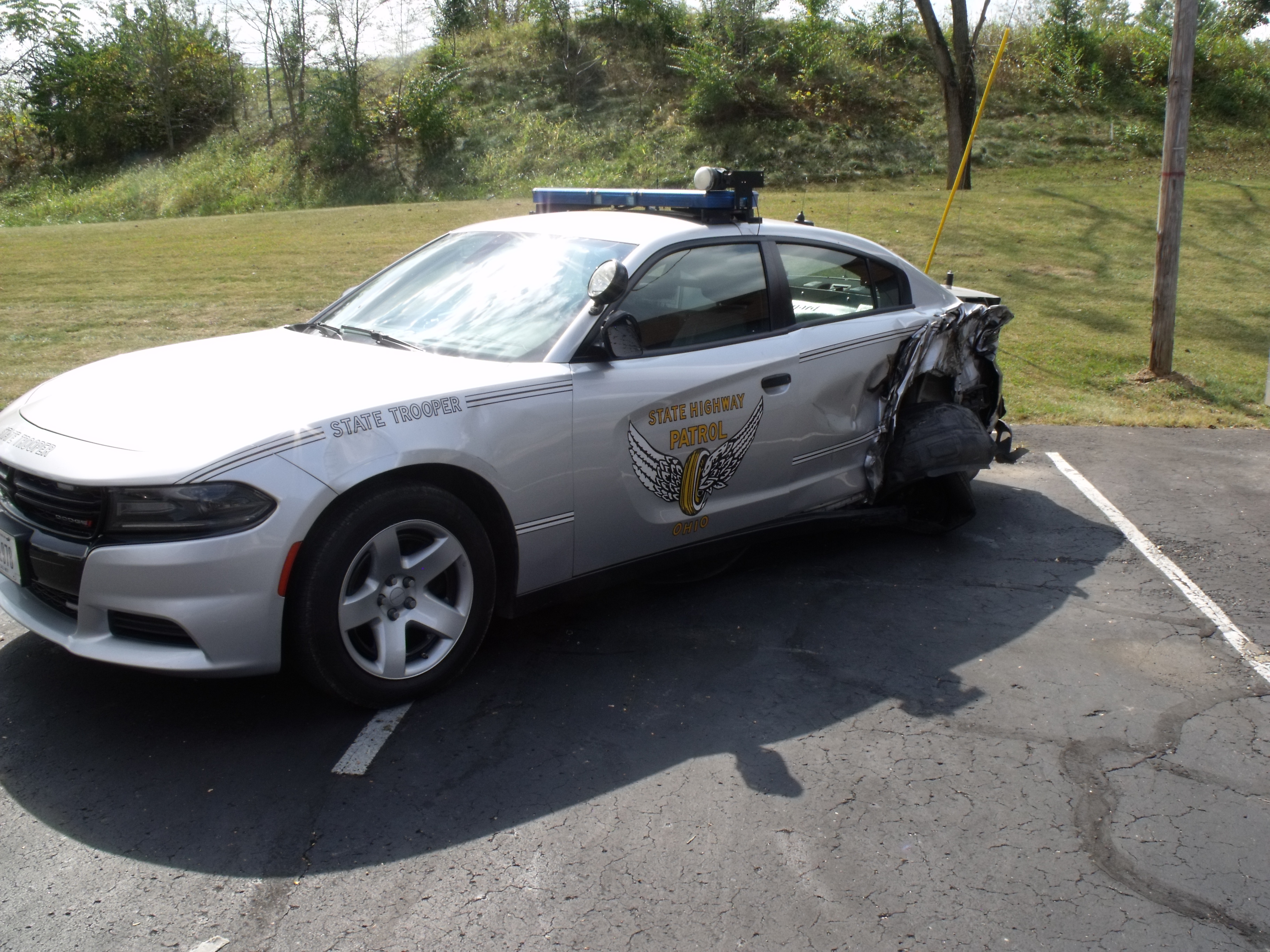 “This incident serves as a reminder of the dangers our troopers put themselves in each and every day.” said Lieutenant Steven K. Herron, Circleville Post Commander. “The main
goal for each of our officers is to serve the motoring public and go home safely at the end
of their shift. Throughout their shift, officers stand inches inches away from vehicles
passing by and risk their lives in an attempt to make the roadways a safer place to travel.
I encourage motorists to merge over and proceed with caution when approaching a stopped emergency vehicle with their overhead lights activated. This violation is an action we as law enforcement are always looking for and take a zero tolerance stance when enforcing it.” 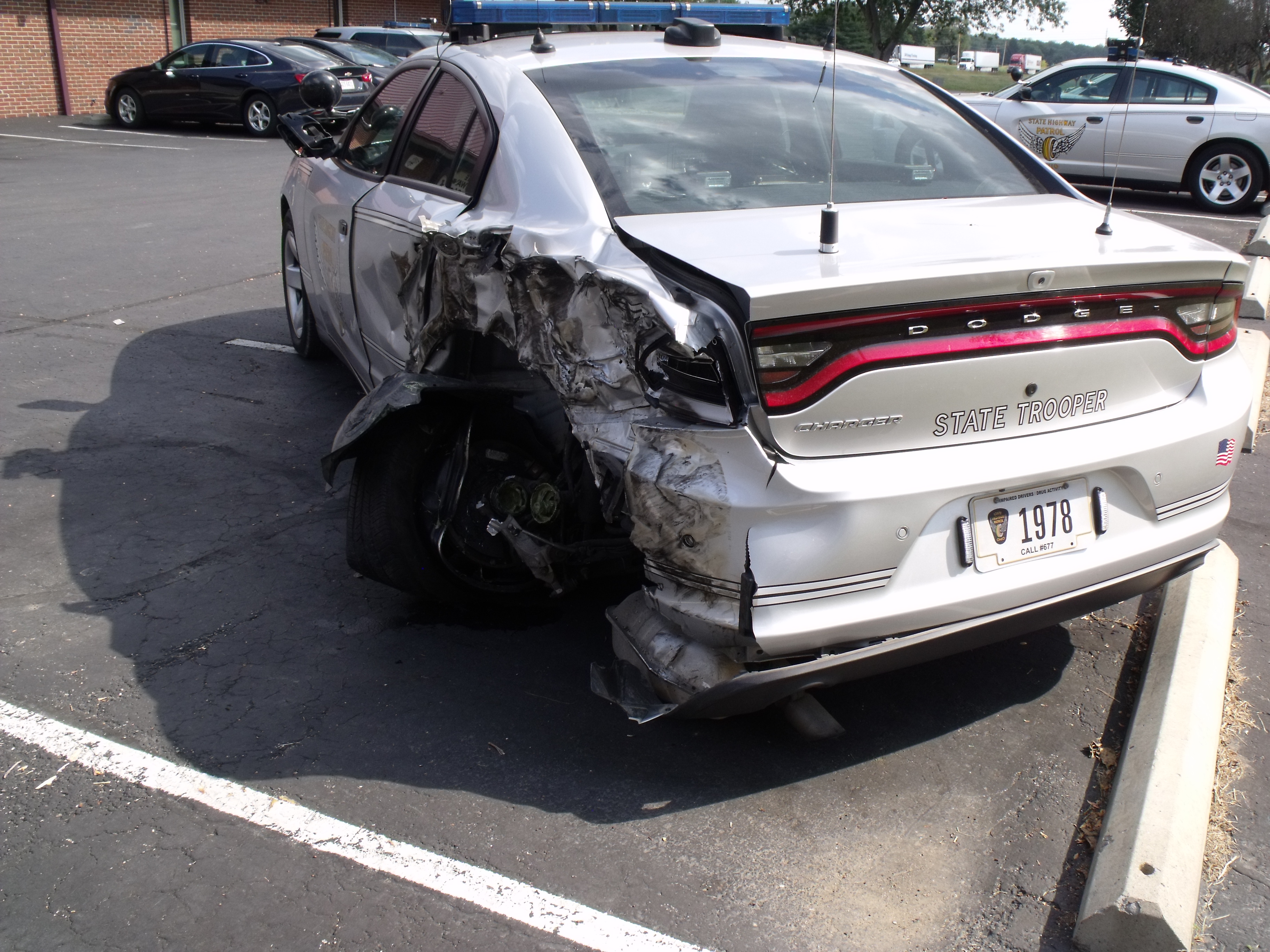 “We have great concern for our staff as they are out serving the public” said Sheriff
Robert B. Radcliff, Pickaway County Sheriff. “I want to remind motorists that our
officers are out there in dangerous situations to serve them. As a result, motorists should
use all due caution when approaching a stopped emergency vehicle, slow down, and merge over.”