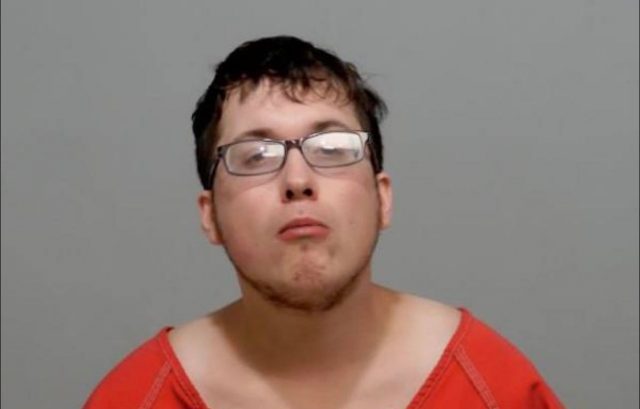 According to the 911 caller, he fired a gun when the man in the hoodie and smiley face shirt broke into his home. The homeowner claimed that he fired the gun into the ground as a warning shot, and the burglar fled.

Law Enforcement arrived quickly in the area and after a search found the man hiding in the area.

Robert Byres 22, was arrested and taken to Pickaway county jail. On the way to the jail law enforcement officers reported that he was banging his head on the walls of the cruiser and trying to get out of his seatbelt. Byres was charged with Disorderly conduct and criminal tresspass.