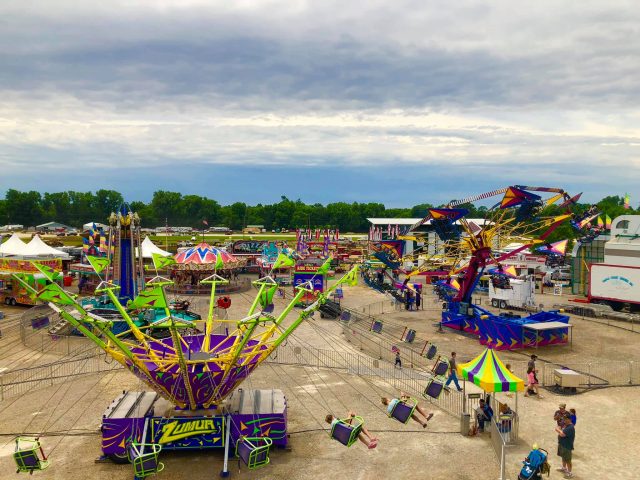 OHIO – Dewine has officially weighed in on fairs and limited them to jr. fairs only. after July 31.

Last week Pickaway County Health reported that 21 cases were linked to Pickaway County Fair and that it was possible that the area had community spread at the fair, later after Pickaway Fairs challenged that statement saying it was inaccurate. Now Dewine defines all fairs going forward.

“I’ve made the difficult decision to limit all fairs to junior fair events only (livestock competitions and other 4-H and FFA competitions for kids and teens) starting on or after Friday, July 31. Harness racing can proceed with no spectators, but we are prohibiting rides, games, and grandstand events going forward so that we can keep the crowds down, said Dewine.

According to a statement from Pickaway County Fair, “PCPH confirmed that the 19 cases of COVID-19 “linked to” fair attendees means that people attended the fair that were asymptomatic and later tested positive for COVID-19. According to PCPH there is no evidence that the virus was contracted at or spread at the fair, and the fair was not the only place these people visited in the timeframe of contact tracing. PCPH shared that at least 8 of the cases linked to fair are also linked to at least one other establishment in the county.”