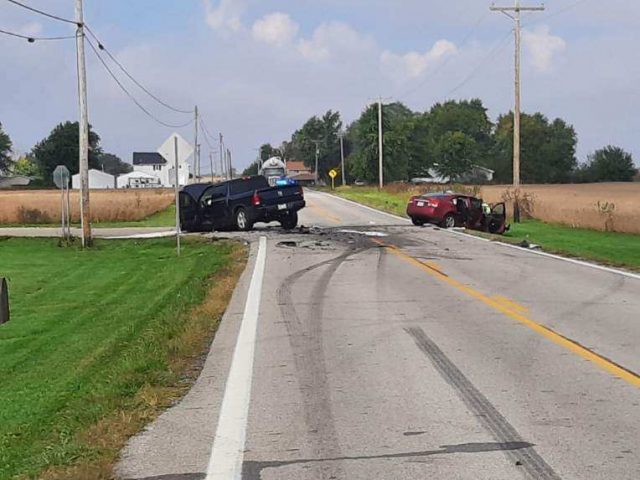 PICKAWAY – A two-car crash has been reported west of Westfall schools around 8:15 am

According to reports, the fog in the air is very thick and two vehicles collided at the intersection of OH-56 and Hall road. At least one person needed to be extracted from the vehicle.

Several people are injured, please avoid the area as the road is shut down at this time. Tri-County, Williamsport are at the scene.

Mr. Ellas was also transported to Mount Carmel, Grove City where he was pronounced dead.
The passenger with Ellas was Tamara B. Blanton of Williamsport. She was transported to Grant with serious injuries
The crash remains under investigation at this time. If you have any questions please give me a call.