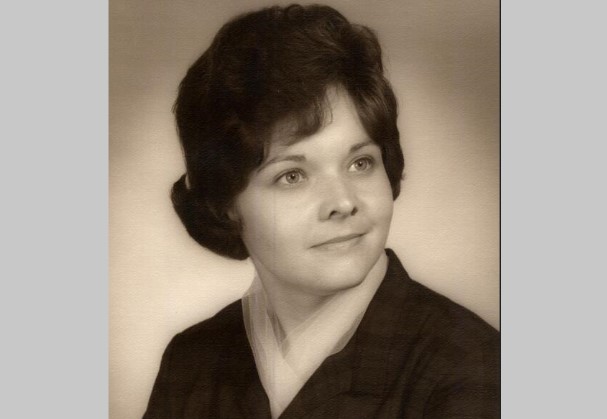 Bonnie Lou Wells Koch, the beautiful, intelligent and talented wife and mother, peacefully passed into heaven on Monday, January 9, 2023.  She was the daughter of Dorotha “Dorothy” Wells and Claude “Bogey” Wells, owners of both Weaver and Wells and Wells’ Restaurants, Circleville.
In addition to her parents she was preceded in death by her brother Tommy “Tom” Wells.

Bonnie is survived by her husband Roger Koch whom she married on August 6, 1967, children Caryn Elizabeth (Caleb)  Koch-Esterline, Ryan R.S. (Heidi) Koch, grandchildren Cicely and Analise.
She was a graduate of the Walnut High School Class of 1957 and Bliss Business College, enjoyed a career in accounting and as an executive assistant at Owens-Illinois and the Savings and Loan Bank, Circleville.  While at City Loan, she met and married her husband of over 55 years, local businessman, Roger Winfield Koch.


In her elementary years, she attended the old High Street School in Circleville.  The family then moved to Walnut Township where she graduated in the Walnut High School Class of 1957.  They were a close-knit group of classmates who shared decades of friendship.

She continued her studies at Bliss Business College and enjoyed a career in accounting and as an executive assistant at Owens-Illinois and the Savings and Loan Bank, Circleville.  While at City Loan, she met and married her husband of over 55 years, local businessman, Roger Winfield Koch at Trinity Lutheran Church, Circleville, on August 6, 1967.

Bonnie and Roger raised their children, Caryn and Ryan, in Circleville as Bonnie was a supermom as she was a financial manager and accountant for their two businesses, Rycar Oil and Koch’s SOHIO/BP.  She was a hands-on mom who was actively involved in all of her childrens’ extracurricular activities taking them to and from practices, chaperoning, assisting and attending all of their events.  She was an Atwater School Room Mother, a statistician for Circleville Youth Baseball teams, a softball mom, a dance class and baton corps mom, a 4-H club mom for two clubs, a Brownies parent-assistant, taught Vacation Bible School at Trinity Lutheran Church and the Boys’ Choir.  Throughout their junior high and high school years, she was actively involved in Circleville School bands, athletics and clubs.  Bonnie served as chaperone for many of their events from junior prom to the Latin Club trip to Italy.

Bonnie instilled in her children an appreciation for many genres of the arts and crafts.  She enjoyed making and teaching sewing, cooking, gardening, knitting, macramé, painting and countless others.  She had a great affinity for classic film, a love for history, antiques and genealogy.  She followed sports and also enjoyed fishing and the outdoors as well as shopping and dining in Columbus restaurants with her family, especially downtown Lazarus and the Chintz Room.  Her love and care of animals extended throughout her life with her dogs, cat, and then her five collies with her family.

She was a member of the Pickaway Garden Club, Eastern Star, the Central Ohio Gasoline Dealers Ladies’ Auxiliary, and the Circle D Wednesday Morning Ladies’ Bowling League through the 1970s.  Like her ancestors in Walnut Township, she was a member of Hedges’ Chapel Methodist Church and later a member of Trinity Lutheran Church for over six decades where she was also a member of their choir.