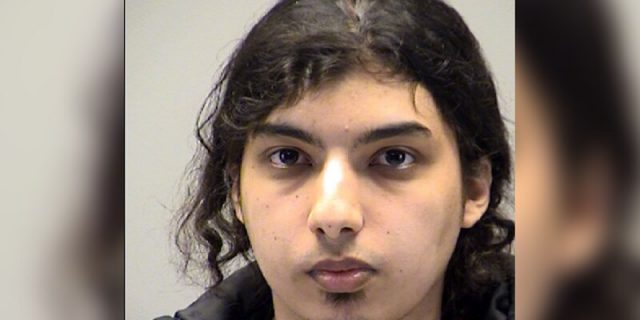 DAYTON, Ohio – A Beavercreek man who was arrested by the FBI’s Joint Terrorism Task Force at John Glenn International Airport in 2018 while trying to travel to Afghanistan to join ISIS Wilayat Khorasan (ISIS-K) has pleaded guilty in federal court.

Naser Almadaoji, 22, an Iraqi-born United States citizen, was scheduled to start jury trial today. He pleaded guilty Friday evening to one count of attempting to provide material support – himself, as personnel – to foreign terrorist organizations, namely ISIS and ISIS-K.

“This is now the second person from the Dayton area held accountable in recent times for trying to join ISIS,” said Acting U.S. Attorney Vipal J. Patel. “Whatever grievances might exist with our government, our country, or our way of life, violence is not the answer. Providing material support in whatever form – personnel, services, funding, or otherwise – to designated foreign terrorist groups simply begets more terror, and every effort will be made to hold accountable those who provide such support.”

According to court documents, Almadaoji purchased a plane ticket for travel on October 24, 2018, and was arrested after checking in and obtaining his boarding pass.

The defendant intended to travel to Astana, Kazahkstan, where he planned to be smuggled into Afghanistan so that he could join and receive military training from ISIS-K in support of both that terrorist group and ISIS. Almadaoji explained to an individual whom he believed to be  an ISIS supporter that he wanted “weapons experts training, planning and executing, hit and run, capturing high value targets, ways to break into homes and avoid security guards. That type of training.” He began making travel plans in September 2018.

Prior to that, between February 16 and 24, 2018, Almadaoji traveled to Egypt and Jordan for the purpose of joining ISIS’s affiliate in the Sinai Peninsula, ISIS Wilayat Sinai, another designated foreign terrorist organization, but he ultimately was unsuccessful.

Almadaoji told an individual posing as an ISIS supporter online about his proposed plot to start a conflict in the United States between the federal government and anti-government militias. He asked the purported ISIS supporter for a guide on how to make a car bomb.

In August 2018, Almadaoji also told the purported ISIS supporter that he was “always willing” to assist with “projects” in the United States.

Almadaoji recorded and sent a video of himself wearing a headscarf and pledging allegiance to the leader of ISIS.

In addition, Almadaoji translated a purported ISIS document from Arabic to English, and he told his contact—whom Almadaoji believed to be part of ISIS—“Don’t thank me . . . it’s my duty.”

Attempting to provide material support and resources to a foreign terrorist organization is a federal crime punishable by up to 20 years in prison. Congress sets the maximum statutory sentence. Sentencing of the defendant will be determined by the Court based on the advisory sentencing guidelines and other statutory factors.

“This case is another example of how the agents and officers of the Joint Terrorism Task Force continue to work each day to protect the community and disrupt those intent on aiding and supporting terrorist groups,” stated FBI Cincinnati Special Agent in Charge J. William Rivers. “The task force brings together federal, state, and local law enforcement partners to expertly investigate developing threats and those who may be focused on violence.”