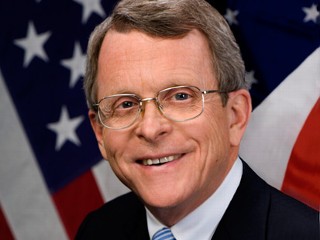 Ohio Attorney General Mike DeWine announced today that more than 13,000 sexual assault kits have now been analyzed as part of a special Attorney General’s Office initiative to test thousands of previously untested rape kits in the state of Ohio.

Nearly 300 local law enforcement agencies submitted a total of 13,931 sexual assault kits for analysis as part of Attorney General DeWine’s Sexual Assault Kit (SAK) Testing Initiative.  As of October 1, 2017, 13,145 of the submitted kits – or 94 percent – have been tested by forensic scientists with the Ohio Bureau of Criminal Investigation (BCI).

“This initiative is helping to hold accountable sexual predators who may have thought they had long ago gotten away with their crimes,” said Attorney General DeWine.  “Ohio is now a national leader in addressing the problem of untested rape kits, and we are nearing completion of this very important effort. Victims of sexual assault deserve no less.”

DNA testing conducted as part of this initiative recently helped investigators with the Muskingum County Sheriff’s Office make an arrest in connection with a 1998 sexual assault. John Iden, 43, of Newark, was recently indicted by a Muskingum County grand jury.  The registered sex offender was indicted on two counts of kidnapping and one count each of rape, attempted murder, and felonious assault.

Attorney General DeWine launched the SAK Testing initiative in 2011 after learning that many law enforcement agencies across the state were in possession of rape kits that had never been sent to a DNA lab for testing.  He then asked law enforcement officials to voluntarily send their kits to BCI for DNA testing at no cost to them.

So far, DNA testing conducted as part of the initiative has led to 4,768 hits in the Combined DNA Index System (CODIS).

In Cuyahoga County alone, more than 620 defendants have been indicted following DNA testing conducted as part of the effort.

To ensure the timely analysis of the thousands of kits submitted as part of the SAK Testing Initiative, Attorney General DeWine hired 10 additional forensic scientists to test the older kits as quickly as possible, without slowing down the testing of the more than 13,740 rape kits associated with recent crimes tested by BCI as part of their regular casework since 2011.

Senate Bill 316, which went into effect on March 23, 2015, required law enforcement to submit any remaining older kits to a crime laboratory within one year.  Of the nearly 14,000 kits submitted to BCI as part of the SAK Testing Initiative, 4,601 were submitted after the law went into effect. The law also requires that all newly collected rape kits be submitted to a crime lab within 30 days after law enforcement determines a crime has been committed.