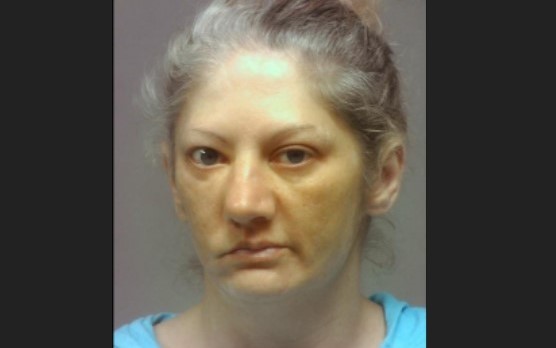 On June 11, 2022, Lieutenant Kline and Deputy Pomento responded to Old US Route 33 in Shade at approximately 11:40 pm for a report of an inactive burglary.

Both units arrived on the scene and spoke with victims who indicated that a neighbor entered their home and had stolen multiple items. It was determined that the victims had already recovered some items from the suspect prior to Sheriff’s Office’s arrival. Units began to search for the suspect on foot and ultimately located Mindy McCune-Dailey, age 42, hidden in an outbuilding on a neighboring property.

Sheriff Smith states “After speaking with deputies, McCune-Dailey confessed to entering the neighbor’s home without permission. Deputies located and seized a number of the victim’s belongings taken by the suspect.”

Mindy McCune-Dailey was arrested for Burglary, a felony of the second degree. Dailey also had multiple child support warrants for her arrest. The Athens County Sheriff’s Office would like to thank the victims and witnesses for their cooperation in this case.